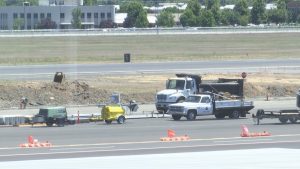 The airport is currently on phase two, which should be completed by the first week of July.

The FAA has asked the airport to limit the number of locations a plane can taxi before takeoff or after landing.  Airport officials say you’ll see little impact.

“It will have minimal impact on all aircraft, the commercial aircraft as well as private. But once it’s all finished and done, it will be a smooth transition,” said deputy director of security Debbie Smith.

New signage and lighting will also be added for better visibility. Phase three will start shortly after.  It will feature mostly electrical, drainage, and paving work.