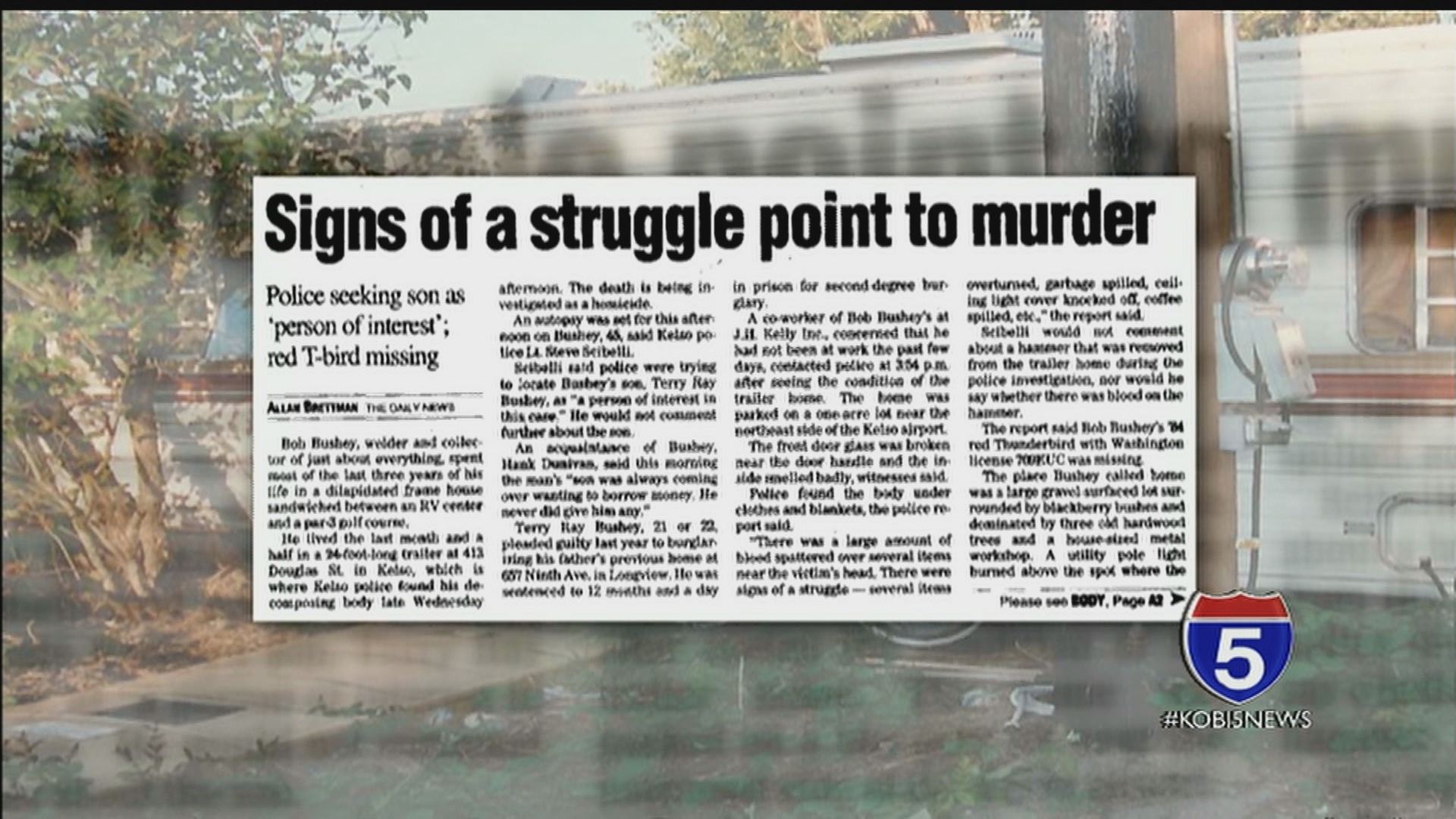 Only on 5: Rogue Valley man advocates for his father’s killer

MEDFORD, Ore.– As Volcán de Fuego begins to fall back into it’s uneasy slumber, residents around the volcanic devastation in southern Guatemala continue to search for those lost in the violent outbursts of smoke, ash and sulfur.

Many are hesitant to say this horrific event may finally be over because as one disaster ends, several more begin. The country continues to hold a collective breath as the volcano could have the potential of erupting again. In the mean time though, emergency personnel and locals surrounding the villages hit hardest by the volcano’s might are working overtime to provide survivors the most basic needs.

In all of this, the course of these events may seem far and foreign from residents in southern Oregon. But, one woman is asking her Rogue Valley family for help.

Still a Rogue Valley native who calls Medford her home, Emilie McGeary is an alumni of South Medford High School and whose parents continue to live in the area. Graduating from high school in 2011, McGeary went off to college at the University of Oregon, found herself graduating there and within the last year, moving to Guatemala to teach English as a foreign language.

Finding a place in Antigua, McGeary lives a little more than 13 miles from Volcán de Fuego and can see it from her terrace every morning. As an active volcano, McGeary says she’s watched a couple times as Volcán de Fuego spews hot rocks and lava. But being so far away, it’s very uncommon for there to be ash raining in Antigua. Making what happened on June 3 all the more strange.

“It is the rainy season so on Sunday morning I thought it was raining,” she said. “I walked outside to go get some lunch and realized that what was falling was not water, it was ash.”

She says nobody realized what was going on at first. As buildings and cars became caked in ash, people just assumed that strong winds had pushed the clouds farther than usual. But, some knew better than others.

McGeary describes how within an hour after those realizations, social media became flooded with videos of enormous clouds of smoke making their way towards the cameras. The voices on the other side shocked and horrified as the cameras shook and people began to run.

Some have compared it to a modern-day Pompeii, the way both have buried whole towns and suffocated those who couldn’t make it out fast enough.

“It is just as damaging if not more,” said McGeary. “While we can get people out, the people who are affected, it’s impossible. The images that we’ve seen are just horrific and the people who have been affected directly are scared.”

The pyroclastic flow – an extremely fast-moving cloud of ash, hot gas and volcanic rock – rained down on several of these villages that McGeary said hold as many as 200 families. As people continue to evacuate to Escuintla, the nearest town a safe distance away from the volcano, the death toll has risen to 100. That number could continue to rise though as many are still missing.

McGeary says that the people of Antigua have come together to give their food, money, time and whatever else they have. She’s been out to several times to distribute necessary items.

“We handed out food, medical supplies, hygiene products, blankets and clothes,” she said. “To these communities that really needed it.”

Unfortunately her last efforts on Saturday to administer flea medication to animals in Alotenango, a town just east of the volcano, was cancelled due to a possible threat. She says that it’s been like that ever since the eruption and that many areas are still very unsafe to go.

While the country opened up last week to international aid, McGeary says that most of the work has been a grassroots effort. Specifically, GoFundMe’s set up to help support the families and ensure supplies can be purchased.

According to McGeary, friends and coworkers she knows have started reaching out to their hometowns and states to ask for assistance. She’s now doing the same with her community here in Oregon, to help provide relief for the families in her “second” home.

“We should be considering ourselves as world citizens as well and realize it is a different country and it might be foreign to some people,” she said. “But these catastrophes are affecting each and every one of us here, which in turn can affect people in different countries.”

McGeary says that even just a dollar can go a long way in helping someone in Guatemala where the current rate for a U.S. dollar runs at around seven Quetzal (Guatemalan currency).

While the experience was frightening, it’s also been a time of learning and understanding. The last week, according to McGeary, has shown her so much in the ways of community involvement and the rallying by people to help strangers in desperate need.

She hopes with her connection to southern Oregon, she can rally people here to reach further and help someone else in a country they may never know.

“I think it’s really important to help out your neighboring countries and to try your best to lend your heart and whatever you can to these communities,” she said.

If you could see the smiles of the Guatemalans who have received help, knowing others are there to help them when they’ve lost everything, McGeary says it’s worth the effort.

There are several different GoFundMe’s McGeary listed that cover various needs for the people of Guatemala. Below are several: