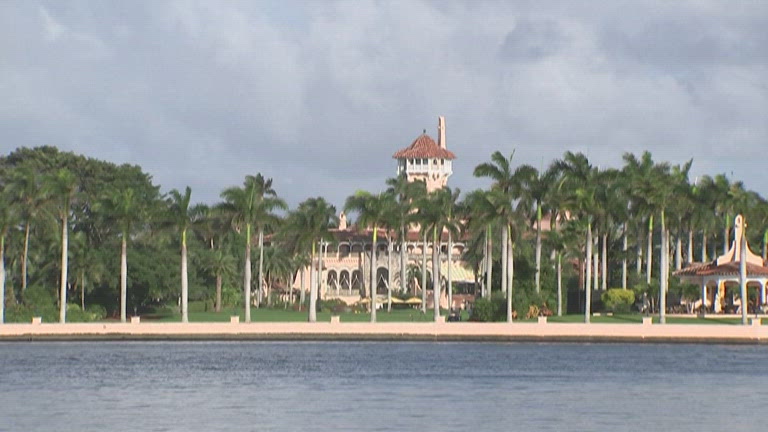 Starting Monday night, dozens of people in red “Make America Great Again” attire gathered across the street from the property.

Some continued to wave their American flags Tuesday morning to show their support for Trump.

A smaller crowd remains gathered near the private club after a more spirited protest overnight with vehicles of supporters lined up and some getting out of those cars to protest the raid.

Some hold signs claiming trump won the 2020 presidential election, and promoting a 2024 run.