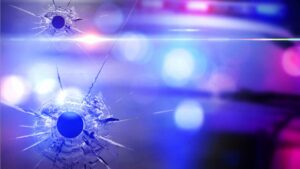 JOSEPHINE COUNTY, Ore. — Two people are dead after a hostage incident in the Illinois Valley.

The Josephine County Sheriff’s Office said it happened on Pinewood Way around 6:30 Monday morning. Deputies said a woman called 911 reporting her husband was threatening to kill her.

JCSO said the caller was able to get out of the house and go to neighbors but told dispatch her roommate could not get out.

Hostage Negotiators from the Grants Pass Department of Public Safety made contact with the male resident by phone. Around 1:30 p.m. police said shots were fired by both law enforcement and the male resident.

The two residents inside the home were located and pronounced dead.

No names have been released. The investigation has been turned over to the Major Assault Death Investigation Unit of Jackson County.