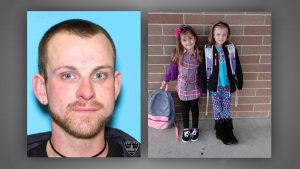 Boise, Idaho – An AMBER Alert has been canceled after two missing Boise girls were found safe.

According to the Boise Police Department, 6-year-old Jaylynn and 7-year-old Madison were picked up from school May 10 by their father, Joshua Dundon.

Family eventually became concerned when nobody could get in touch with Joshua, who has joint custody of the girls.

On May 11, Joshua’s vehicle was found burned in a rural part of Eureka County, Nevada. Boise police said deputies were able to find multiple footprints in the area.

Monday night, the BPD said Jaylynn and Madison were found safe in Nevada. The girls were taken to an Idaho hospital to be treated for exposure.

Joshua Dundon is now in custody.

Police have not yet released any further details about this case.