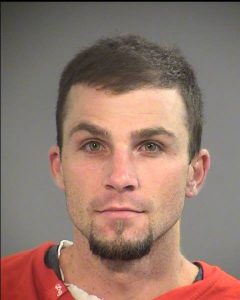 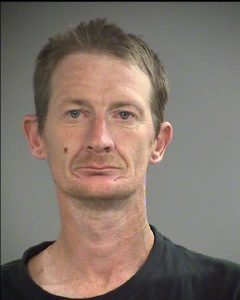 Medford, Ore.- Medford Police Department says it took two different men into custody, both of whom are suspects in multiple car break-ins.

According to police, Buchanan McLaughlin, 29, was arrested after a foot chase Tuesday. Police say employees of Mucho Gusto saw McLaughlin trying to enter vehicles. They called police, but when officers arrived, they say McLaughlin took off. They ran after him and took him into custody a short time later.

Police say Gregory Killingsworth, 37, was arrested after entering vehicles in Medford’s YMCA parking lot. According to officers, people in the parking lot stepped in and detained him until police could arrive.  He’s facing multiple charges, including Possession of a Controlled Substance.