VANCOUVER, Wash. (KGW) — In April 2020, Washington Gov. Jay Inslee signed the Tiffany Hill Act into law, named after a Vancouver mother who was murdered by her estranged, abusive husband.

The law allows courts to order people accused of domestic violence to wear GPS ankle devices, which can be monitored by officials and linked to an app on the victim’s phone, alerting them when the offender is nearby.

Two years later, most Washington courts are not utilizing that option.

In September 2019, Tiffany Hill’s husband Keland Hill was arrested after pushing her into a wall and trying to prevent her from calling 911. He was released from jail the next day and told not to contact Tiffany, but Keland violated the no-contact order several times in the months following his arrest.

In November 2019, detectives found a GPS tracker on Tiffany’s car and Keland was arrested again. Investigators determined Tiffany was in extreme danger and requested Keland be held on $2 million bail, but a judge set it at only $250,000.

He bailed out of jail on Nov. 21, 2019. Five days later, he shot and killed Tiffany in front of her three children and her mother in the parking lot of Sarah J. Anderson Elementary, where her kids went to school.

Hill then led deputies on a chase and took his own life.

Tiffany’s loved ones said technology allowing her to track her abuser’s location could have saved her life, and others like her, had it been available.

In November 2021, KGW reached out to all 39 counties in Washington, asking prosecuting attorneys and courts how many times they had ordered the use of these tracking devices — and received responses from fewer than half.

Washington counties that did not respond to KGW requests about their use of the Tiffany Hill Act are marked with question marks.

Of the counties that did respond, almost none are utilizing the law. The exception is Clark County, where the law originated, which has more than a dozen offenders being monitored.

When asked why they aren’t ordering this monitoring, most counties said cost was the biggest barrier. The offender in a domestic violence case has to foot the bill for the monitoring, which can cost up to $20 a day. Many courts are apprehensive to order it if a defendant can’t afford it.

The number of domestic violence offenders being tracked via GPS, as allowed by the Tiffany Hill Act, by Washington county.

RELATED: ‘She was in grave danger’: Prosecutor calls for change in bail laws after Vancouver mom’s murder

Some courts cited a lack of access to vendors, especially in more rural parts of the state, but there are five approved vendors that say they do cover the entire state of Washington.

Some jurisdictions said they were unaware a law had even been passed.

Multiple prosecutors said they would like to see GPS technology being issued, but judges in their jurisdiction are just not ordering it.

Six months later, little had changed when KGW followed up with prosecutors in counties that had not been ordering GPS tracking — in those counties, there had been no new cases where the courts had ordered monitoring under the Tiffany Hill Act. 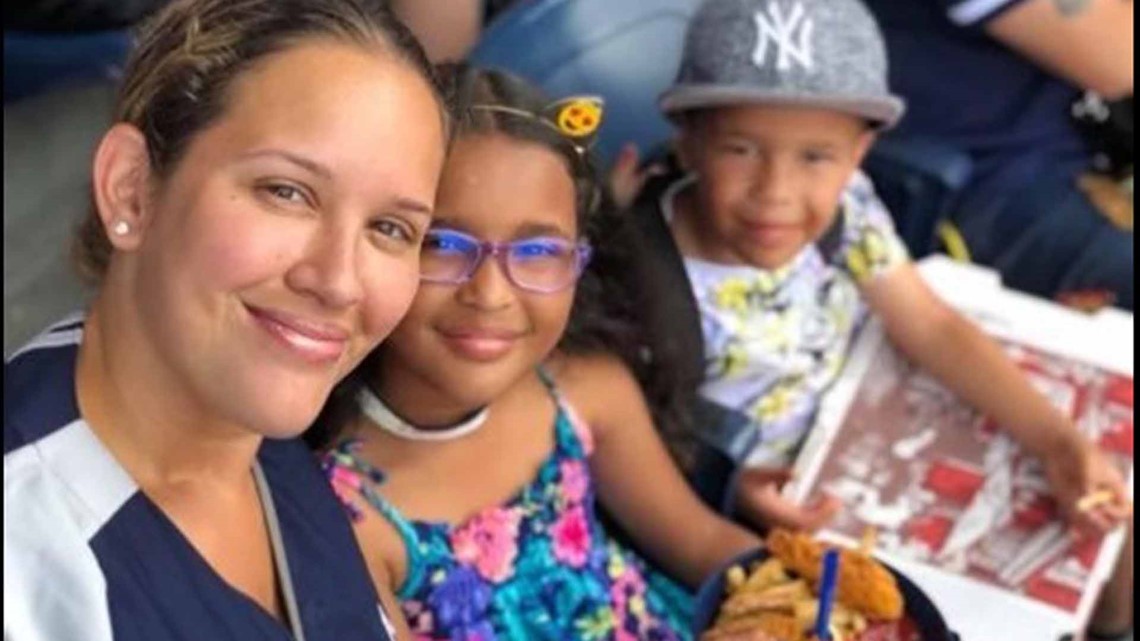 At a time when domestic violence advocates say they’re seeing more people seeking help from abusive situations, this is concerning.

“In some places, data looks like it’s going down because people haven’t been able to access services, they haven’t been recording. They haven’t been calling for help,” said Elizabeth Montoya, with the Washington State Coalition Against Domestic Violence. “And in other communities we’re seeing numbers way, way up. What I hear anecdotally from programs throughout our state is that the levels of violence that folks experience are increasing due to a number of factors… stressors in the home, economic instability, crises like this just kind of create a perfect storm for violence to escalate.”

Montoya said these tools are great in theory, but there needs to be forethought and follow-through when it comes to putting it into practice.

“It doesn’t surprise me that it has not been implemented, but only because we know that it’s a struggle to get these things implemented. That’s something that we’re always kind of thinking about as these kinds of laws move through the legislature,” Montoya said. “There are so many really important and really good ideas out there to address domestic violence and to respond to it effectively. But we also really have to think about, what is implementation going look like?”

Washington state Sen. Lynda Wilson, who represents Southwest Washington in the legislature, is a survivor of domestic abuse and originally sponsored the Tiffany Hill Act. After KGW reached out for her perspective on how little the law was being used, Wilson secured $2 million from the state’s $15 billion budget surplus to be allocated to help counties order GPS monitoring of accused abusers. The money would help offset the cost in case where offenders can’t afford to pay the cost themselves.

“I don’t want money to interfere, to be a reason why someone is not able to get to the monitoring,” Wilson said. “We know that in this case, because of Tiffany Hill, we feel quite confident that she would’ve lived if she had this. And I hear from women all the time and I know how important this is. I don’t want money to get in the way, so I just continued to ask for it. We had a healthy budget this year, so we were able to do it.”

Wilson said King County, the largest in Washington, has taken steps to begin using the tracking and victim notification software. She hopes as they start to use it, it will spur discussions with judges and prosecutors in other counties.

“I’m very thankful that Clark County was the first to implement it because they’re actually doing such a great job with it that other counties can learn from that,” Wilson said. “I would like to figure out a way to get that information out there.”