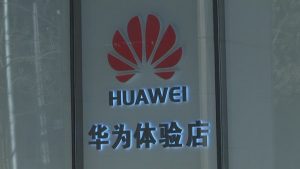 BEIJING, China (NBC) – China is accusing Britain and the United States of colluding to hurt a giant Chinese technology firm.

Britain has blocked the company, Huawei, from working on its next-generation mobile phone network.

The Trump administration has been pushing European and other allies not to use Huawei’s products as they upgrade to Fifth-Generation, or 5G, systems.

Huawei Technologies is the biggest maker of switching gear for phone and internet companies, but its products are not marketed in the U.S.

A government spokeswoman said Beijing will protect Chinese companies but gave no indication of possible retaliation.

Tuesday, the British government announced Huawei would be excluded from work on the U.K.’s network. The reason: U.S. sanctions made it impossible to ensure the security of Chinese-supplied equipment.