As Britain’s Rupert Staudinger raced in the men’s singles luge event on Saturday his helmet bore the message “RIP AJ” on the side in small letters in tribute to his mentor AJ Rosen, who passed away in December aged 37.

GB Luge called Rosen, who died of cancer, “one of the greatest ever GB Luge Olympians”, with him having competed at three Winter Games.

Staudinger’s helmet tribute had to receive special clearance from the International Olympic Committee, he said.

“He played a huge part in my luge career, and taught me so much about sliding,” Staudinger said after the first and second runs at the hillside Yanqing National Sliding Centre.

“I shared a room with him in PyeongChang in the Winter Olympic Games and before that, he was a huge mentor for me and I probably would have not been at the Games without him.”

Born to a German father and a British mother, Staudinger is the sole British representative in the luge this year.

“I wish I had a teammate with me because it makes things a lot more fun,” he said.

The 24-year-old was pleased with his performance, that saw him place 24th out of 34 sliders, with a chance to improve on his standing in the final two runs on Sunday night.

“Track time is very limited, so it’s a huge challenge to get it right, but I found some really decent lines on it,” he said.

With less funding and track time compared to the dominant Germans, Staudinger said he does his best with what he has.

“The gap is so huge, and they basically can throw down a run, have a lot more mistakes and still have better times,” he added. “It hurts a lot, if I’m honest, but at the moment I can’t change it, I can just do my best.” 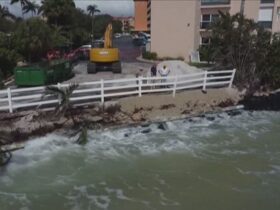