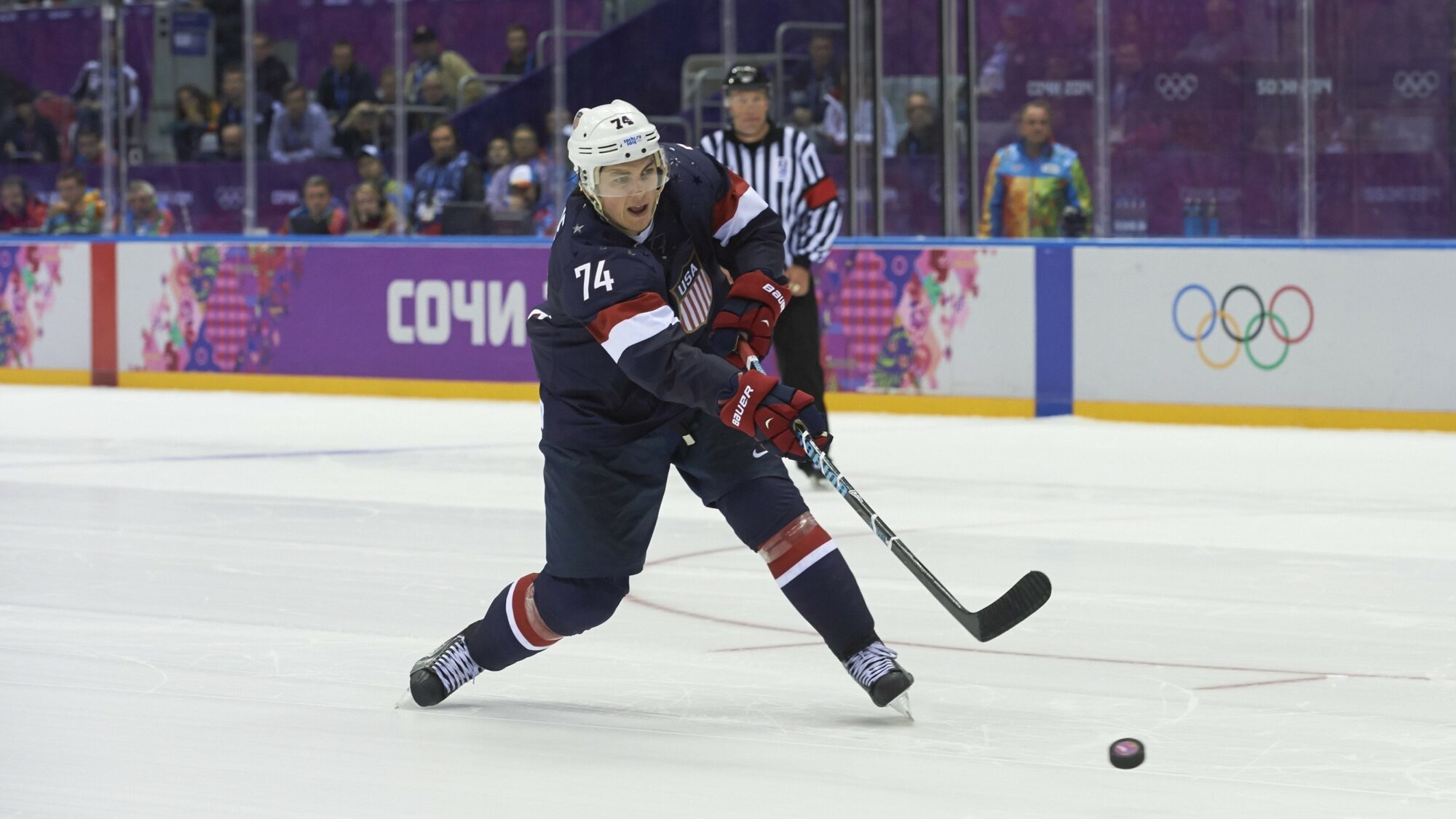 If you’re a fan of the NHL and watching hockey in the Olympics, you might be wondering what happens if the game is still tied at the end of regulation? Does it work like the NHL? Is it 3-on-3? Does it follow playoff rules with 20-minute periods until someone scores?

Overtime at the Olympics isn’t so simple. The type of overtime played is determined by what stage in the tournament the game is taking place.

If the game is tied at the end of regulation in a preliminary game (group stage) or in a quarterfinal game, then the two teams will follow the same rules as regular season NHL game. First, there will be a five minute 3-on-3 overtime. If a team scores during that period, they win.

If no team scores in the overtime period, a shootout will take place. First, each team must name three players to the shootout. If it’s still tied after three shooters have gone, then any player may take part in the shootout. The same shooter may go over-and-over. This is what created the stage for T.J. Oshie to become America’s hero in his infamous shootout performance in Sochi at the 2014 Games.

Oshie became a household name when he scored four times on six shootout attempts in a preliminary game against Russia. It took until the eighth round of the shootout to deliver a 3-2 win for the U.S. men.

A 10-minute overtime period of 4-on-4 will be played in a semifinal game or bronze medal game. If the game is still tied after overtime, the two teams will move to shootout with the same rules as preliminary play or a quarterfinal game.

The women’s gold medal game came down to an epic shootout at the PyeongChang Games between the U.S. and Canada. American forward Jocelyne Lamoureux-Davidson scored in the sixth round of the shootout giving the Americans the advantage. Goalie Maddie Rooney was able to make the final save to give the U.S. the win. Its first gold medal since 1998 and ending Canada’s run in the top spot at the Olympics.