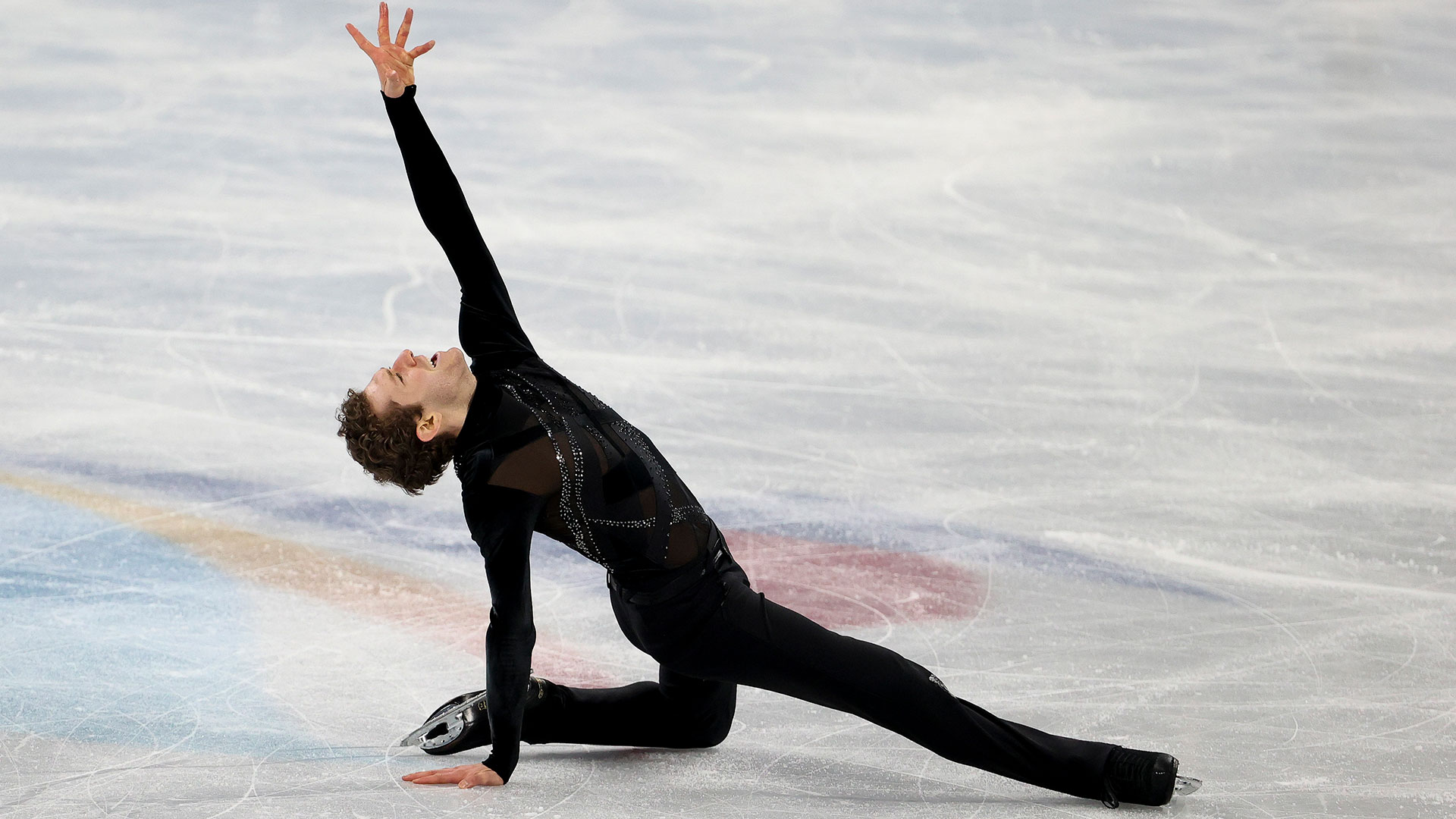 Jason Brown is a skater for an earlier time, the one before multiple quadruple jumps became necessary to win medals at major international competitions.

And yet Brown still is a skater for all time, one has who created indelible impressions from the entirety of his programs rather than from instants of outstanding athleticism provided by the revolutionary jumps.

That is through performances like the one Brown gave Tuesday in the short program at the 2022 Winter Olympics. His four jumps simply were part of a seamless, compelling expression of a traditional Black spiritual, “Sinner Man,” as sung by Nina Simone and choreographed by Rohene Ward with references to what Alvin Ailey created for his landmark ballet, “Revelations”.

An Ailey dancer once described “Sinner Man” as “showing physicality and technique, but also emotional expression while really dancing and communicating with the audience.”

Brown did all of that on the ice, with gestures large and small. He beseeched and implored as a fearful sinner awaiting the final judgment. His arms reached out in hope. He went down on bent knees. He used captivating skating movements like the split jump, with airborne legs stretched parallel to the ice, and near ecstatic twizzle turns, arms set at a 90-degree bend at the elbow. He did the four triple jumps with grace and ease and flow.

SEE MORE: How to watch Jason Brown at the 2022 Winter Olympics on NBC and Peacock

For that, there also was a form of judgment. It showed again that in a short program, Brown’s artistic mastery, especially of spins and footwork, is enough to keep him near the top of a results list.

He goes into Thursday’s free skate in sixth place, more than 18 points from leader Nathan Chen but just eight from third place. His free skate to “Schindler’s List” does not have enough jumping firepower to win a medal without significant mistakes by those ahead of him, but Brown’s has been a quest to emphasize something else: What skaters like him bring to the sport should be valued and not overlooked.

Brown’s four minutes on the ice Thursday should be captivating, and they could also be his final time as a competitive skater.

“I really don’t know for sure,” Brown told me in a phone conversation a week before leaving for China. “I will definitely take some sort of break before seeing how the world looks and what I want to do next.

“COVID threw all of us for a loop, so it’s a weird year to say this is my final year and crazy to think my final competition would be without my family in the audience. But after the long program at nationals (which his parents could attend), I had this feeling of pride and of acceptance that I have given it my all, gone down all these different avenues, explored, learned, grew, persevered.

“I have been finding my identity, figuring out who I am in the sport, the type of artist and athlete I am meant to be, persevering through injuries and setbacks. I have been through a lot of iterations of Jason Brown.”

The spindly kid with the ponytail whose skating at his senior national debut in 2011 showed promise that he would fulfill is 27 now, competing at a second Olympics eight years after his first.  Fans around the world long have loved not only his skating but also his warmth and emotions-on-the-sleeve openness.

“When I look back at my younger self, I can’t believe how far I have come from being that little kid,” he said.

That journey began at an unexpectedly fast pace.

Brown came to the 2014 U.S. Championships after having finished ninth, ninth and eighth at the previous three nationals. A week later, he was on the Olympic team, having not only won the silver medal but also delivered a winning free skate to “Riverdance” that made him a viral sensation in the weeks leading up to the Sochi Winter Games.

“After the short program in 2014, the mentality was definitely that anything could happen, but in the back of my mind, I was saying, ‘2018, 2018,'” he recalled. “When it came earlier, it was a dream come true, but I didn’t have the maturity to understand what was going on. It happened in a way that was very surreal and just came together the way that some things do.”

Brown would, coincidentally, finish sixth in the Sochi short program and ninth overall, then win the U.S. title a year later, when he also finished a career-high fourth at the World Championships. By 2018, though, he was backsliding, unable to make the Olympic Games he had envisioned, questioning whether he had a future as a competitor.

The answer was to turn his life inside out, leaving the only coach he had known, Kori Ade, and moving to Toronto to work with Tracy Wilson and Brian Orser. They told Brown not to expect a sudden transformation, and he agreed to accept progress in fits and starts, with the 2022 Olympics as the end game for a project that became more and more logistically fraught when COVID made travelling back and forth to Canada highly complicated.

“When I moved to Toronto, I set three goals,” Brown said. “I knew there was more in me artistically that I wanted to showcase, more moments to create. I wanted to land a clean quad in competition. And I wanted to make another Olympic team.”

Brown is pleased to have achieved all three, even if none of his handful of quad attempts credited as fully rotated also received a positive grade of execution (GOE).

The way the sport’s current scoring system works, with quads as the surest way to get big scores, Brown likely would need at least two clean quads in the free skate to beat those who will try four or five. He likely will attempt just one Thursday, hoping to maximize his score with high GOE on every element as well as high program component scores.

Brown’s short program earned a personal best score and qualified him for the final group in the free skate. That is his reward for eight years of building back to this point, of working every day to reconstruct his faith in himself.

Now he has a chance to create another indelible impression. It may be the last, but it will not have been the only one.

“Sometimes you get the perfect last event to tie everything up in a beautiful bow and remember it forever,” he said.  “And sometimes it doesn’t end up the way you want, so you take the events you got to do along the way and all those memories.

“It’s really about putting your best foot forward every day to make the most of each moment.”