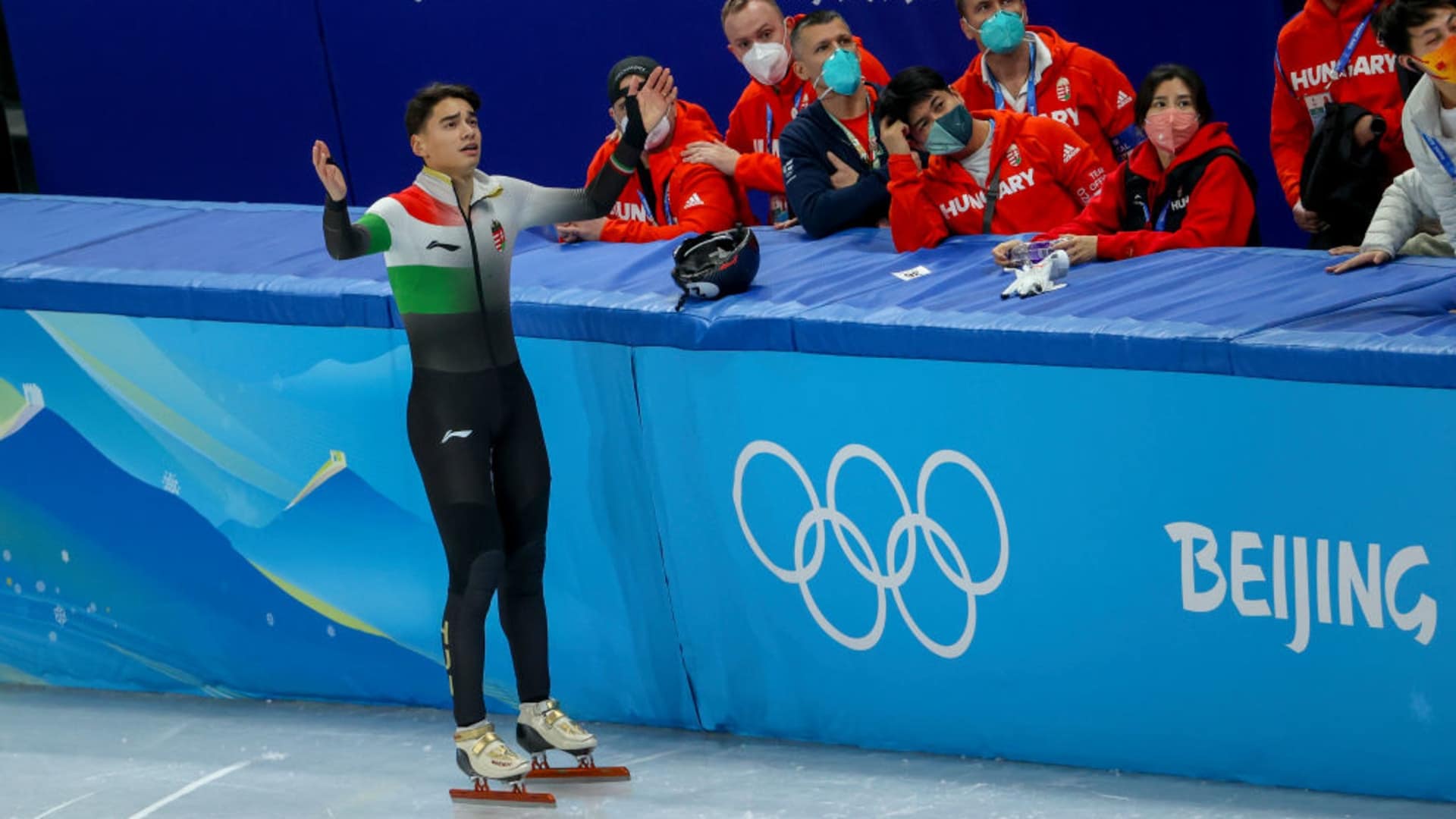 South Korea’s Hwang Dae-Heon was disqualified for an “illegal late pass causing contact” in the semifinal, while Hungary’s Liu Shaolin received a yellow card for two infractions during the final. Both skaters won their respective race before disqualification. Ren Ziwei of China was awarded the win in both instances and walked away with the gold medal.

The protests were rejected.

“The chief referee reviewed the incident once more with the video referee and stands by his final decisions,” the ISU  said in a statement on Monday.

The Korean Sport and Olympic Committee announced it will appeal the “injustice” to the Court of Arbitration for Sport.

“The Korean delegation strongly protested to the referee after the match and sent a letter of protest to the International Skating Union and the International Olympic Committee,” the KSOC said in a statement. “… the judgment of judges cannot be supported by the international sports community.”

Liu’s first infraction listed was for a “straight lane change from inside to out causing contact,” and the second was called for an arm block as he approached the finish line. There was contact from both Liu and Ren as the two battled for position, but the press release states that the referee saw multiple pushes from the Hungarian.

The men’s 1000m event was filled with penalties and crashes in the quarterfinal, semifinal and final. Six of seven races involved at least one disqualification, the B Final being the exception.

The final also included a restart as a shard of metal broken off a skate was on the ice, so the skaters’ legs were taxed further in the gold-medal race.

Short track at the 2022 Winter Olympics will continue on Wednesday with the men’s 1500m quarterfinal, semifinal and final. There will also be heats for the women’s 1000m event and the semifinal for women’s 3000m relay.

See a full schedule at NBCOlympics.com.