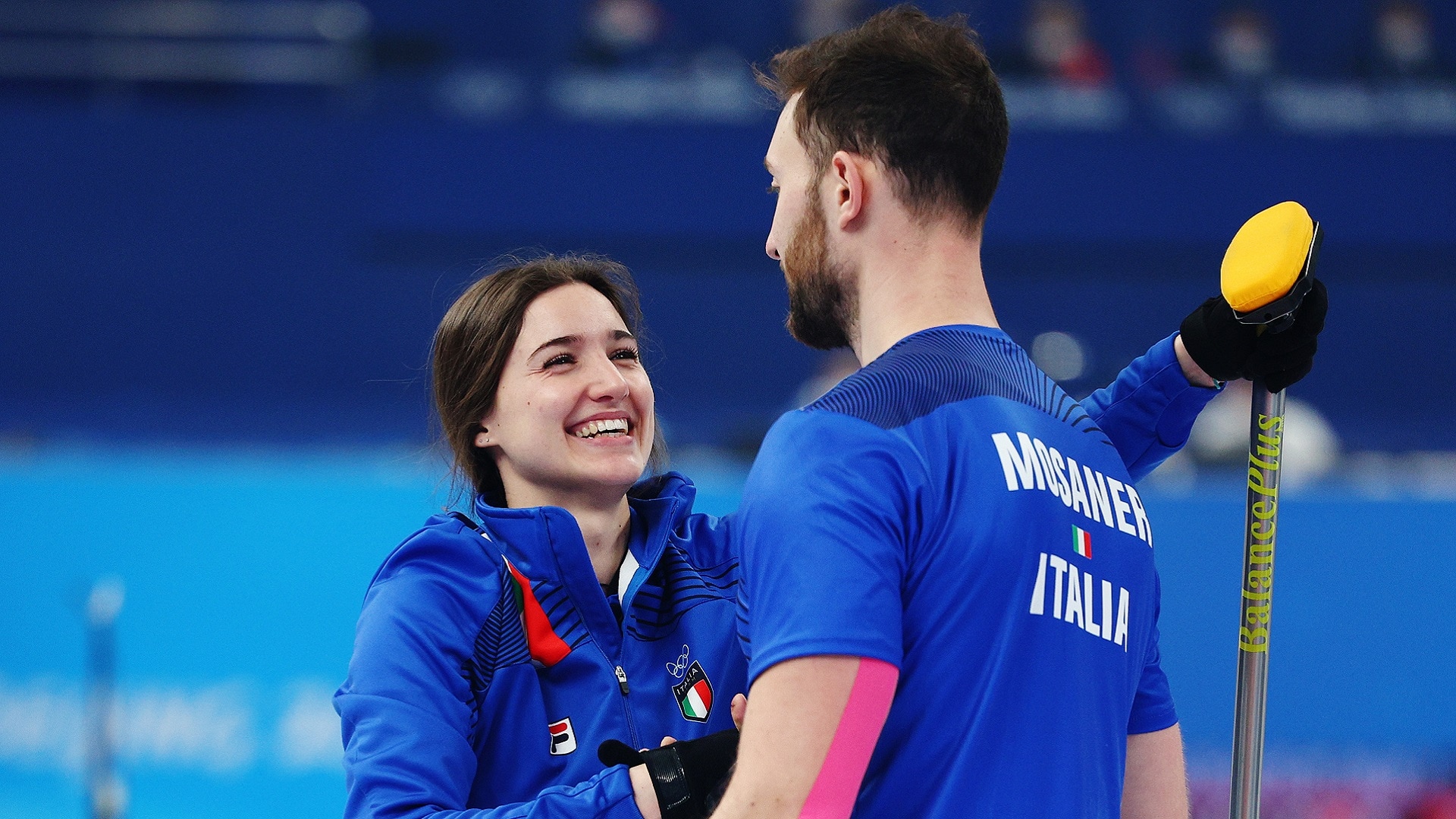 The best team in mixed doubles curling over the last week took home the hardware to prove it.

Italy, the duo of Stefania Constantini and Amos Monsaner that went a perfect 9-0 in round robin play, finished their Olympics in the same way with an 8-5 win over Norway Tuesday in the gold medal game.

The Italians won the way they’ve been winning the entire Olympics – with pinpoint accuracy on their throws.

The young players showed no signs of youth, inexperience, or nerves as they bounced back from an early 2-0 deficit in the finals, scoring two points in the second, a single point in the third, and three more in the fourth to gain a lead Norway wouldn’t recover from.

Norway’s Kristin Skaslien and Magnus Nedregotten won bronze in mixed doubles curling at the 2018 Olympics, giving them experience in the Games that Italy’s team did not have. Monsaner played in the men’s tournament in 2018, but his team did not make the semifinals. Constantini, at just 22 years old, was playing in her first Olympics.

It didn’t matter, because the Italians confidence never waivered, even on a final gold medal shot.

Here’s more on how the game was won:

Lying two stones, Italy tried for a big end and the lead, but didn’t get the push they needed to put more in the inside. The Italians settled for two to tie the score.

Nedregotten tried to clear the house with a hard throw on Norway’s penultimate stone, but he instead pushed two of Italy’s stones to have the Italian’s lying three.

Constantini made it four with a perfect draw shot that landed square on the button.

Skaslien took a chance on a tap shot to try to clear Italy’s rocks. She got three, allowing Italy to just steal one instead of multiple points.

The Italians led 3-2 through three.

Constantini proved why she was the most accurate thrower in the Olympics. On Italy’s final throw of the fourth, Constantini’s draw shot landed directly on the button beside another Italian stone, with a third rock in the 8-foot.

Skaslien attempted a raise shot off of a guard, but Norway’s stone went outside, allowing Italy to steal three more and take a 6-2 lead at the halfway mark.

Norway used their power play in the fifth in an attempt to garner more offense and cut into Italy’s lead. But Italy cleared all Norwegian rocks and lied four with just Norway’s hammer throw to go.

Skaslien still landed the draw shot, and Norway settled for a single point.

Italy added another point in the sixth, and Norway got two back in the seventh to go into the final end trailing, 7-5.

A hit and roll on Italy’s second-to-last throw cleared Norway’s closest rock and sat in the 4-foot. Skaslien got the takeout, but left the entire inside of the house wide open, leaving a simple draw shot for Constantini.

Constantini instead went for the double takeout, and got them both with the accuracy of Greg Maddux on the throw. It was a fitting end for the Italian team that had made those shots look easy all tournament.