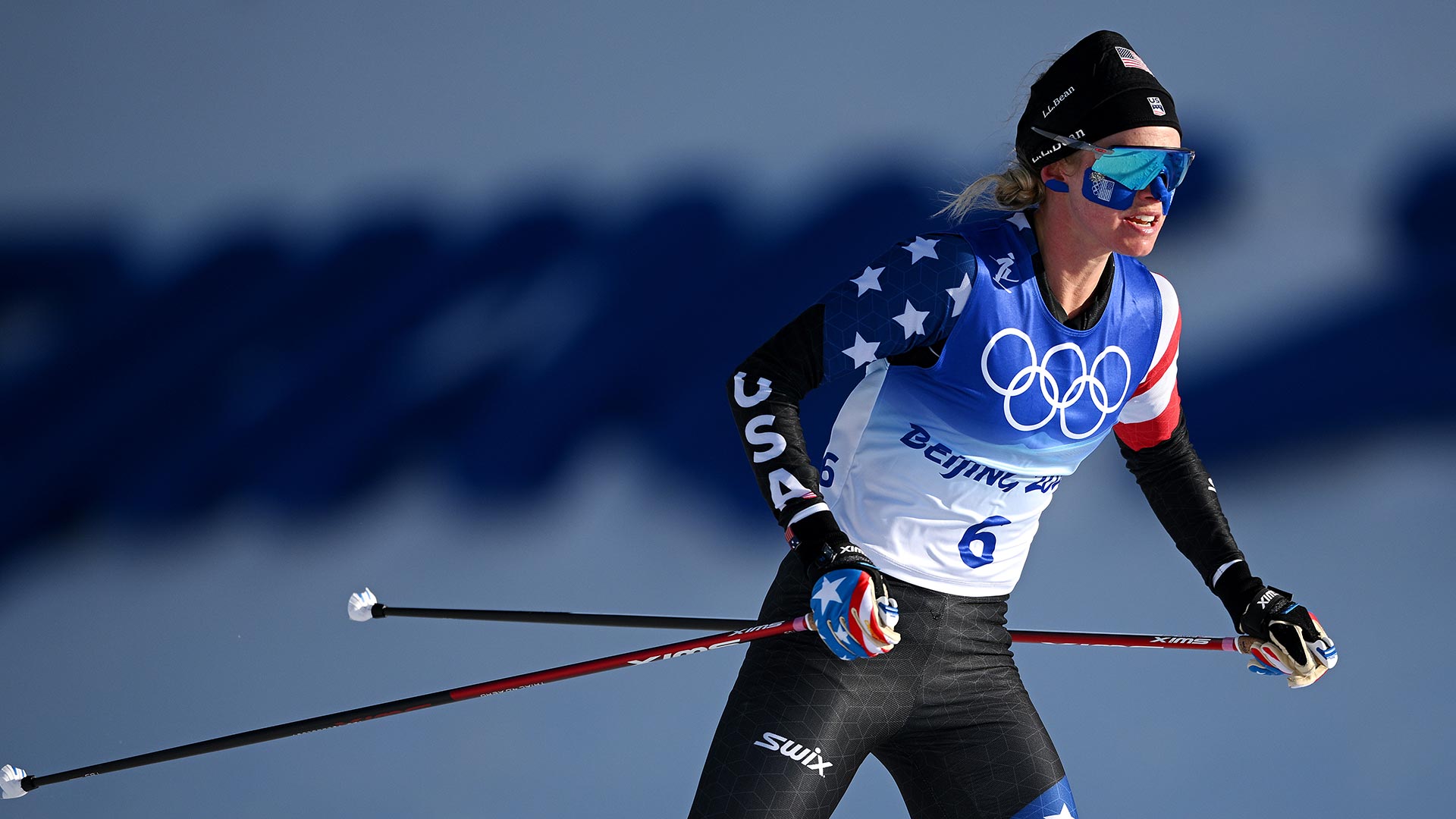 Editor’s Note: If you are struggling with an eating disorder and are in need of support, please call the National Eating Disorders Association Helpline at 1-800-931-2237. For a 24-hour crisis line, text “NEDA” to 741741.

This story originally appeared on On Her Turf.

Cross-country ski racer Jessie Diggins is easily one of the most recognizable faces representing Team USA in Beijing. The Minnesota native with the glittering cheeks – and personality to match – captured gold with teammate Kikkan Randall in the Olympic team sprint in 2018, heralded across the finish line by the now iconic call of NBC commentator Chad Salmela: “Here comes Diggins! Here comes Diggins!”

“One of the things that really hit me was seeing different videos of people’s reactions,” Diggins said of the celebration of her historic win, the first-ever gold medal for the U.S. in cross-country and first-ever medal for the U.S. women. “I get what this means for this sport. Like, I get how this is going to change things for the next generation. That was so cool.”

But it wasn’t enough.

Just four months after you thought you saw Diggins turn herself inside out, she went even deeper, revealing in a personal blog post that she had battled an eating disorder as a teenager. It became so dire that Diggins’ mom, Deb, would check on her at night to make sure her daughter was still breathing.

SEE MORE: Read more from On Her Turf. Shining a light on women in sports

“When I realized that my mom was checking on me in the middle of the night to make sure that I didn’t have a heart attack in my sleep, because that was something that happens sometimes with bulimia – it’s so much stress on your body,” she told NBC Olympics in the lead-up to Beijing, “That really broke my heart, because I felt like I was a really bad kid.”

And so – just like with her inspiring Olympic performance – Diggins realized she had sparked a conversation that she could keep moving forward.

She became an ambassador for The Emily Program, a national leader for eating disorder recovery where Diggins sought treatment as an 18-year-old in an intensive day program. Now 30, she wears the program’s logo on her hat during every competition.

In 2020 she followed up with her memoir, “Brave Enough,” detailing more about her harrowing struggle but also expanding on her recovery, self-discovery and understanding in hopes that sharing her story will help others facing similar trials. Diggins has also used her platform to advocate for climate change, youth sports and healthy practices for youth, and she puts her time in as a board member of both Protect Our Winters and the Share Winter Foundation.

She has also helped educate members of the media on the importance of body image education.

“I want people to know that you don’t have to be perfect. I’m definitely not,” she says. “I have a lot of things that I’m working on, but I think my biggest strength is that I do ask for help now.”

Diggins also trained full-time over the last four years, during which she became the first-ever U.S. woman to win both the Tour de Ski and the overall World Cup title in 2021.

“The thing I’m best at is just suffering, because that’s a big part of this sport… being able to be comfortable with the amazingly uncomfortable,” says Diggins, well aware of the irony.

The difference, she says, is that she now understands her “why.”

“Figuring out your ‘why’ and your reason: ‘Why am I doing this? Why am I pushing this hard?’ And for me, usually that ‘why’ is the team,” she says.

But for Diggins, that team extends well beyond her official teammates. It is a support network that started at birth with her parents, Deb and Clay, and has since expanded to include younger sister, Mackenzie, longtime coach Jason Cork and fiancé Wade Poplawski, who she’ll marry this spring.

“The only reason I even made it to that Olympics at all was because of The Emily Program and because of my recovery, and because of my support team, and my family, and the amazing teammates around me, and coaches who said, ‘We accept you for who you are.’”

At the 2022 Winter Olympics, Diggins has a chance to become the first American (of any gender) to win more than one Olympic medal in cross-country skiing. Her program kicks off with the women’s skiathlon on Saturday and she could ski up to five additional events in Beijing: individual sprint freestyle, 10km classic, 4x5km relay, team sprint classic and the 30km mass start freestyle.

While Diggins is certainly aiming for the medal podium, she takes the pressure off by focusing what is in her control: her ability to do things that are very, very hard.

“I know that when I cross the finish line,” she said in January, “I will have given everything that I have.”

SEE MORE: How to watch Jessie Diggins at the 2022 Winter Olympics on NBC and Peacock