In one of the biggest upsets in Olympic road cycling history, Anna Kiesenhofer of Austria won the women’s road race early Sunday to capture her nation’s first Olympic medal since the inaugural 1896 Athens Games.

Kiesenhofer covered the 85.1-mile (137 km) course from Musashinonomori Park to Fuji International Speedway in 3:52:45 with no help from teammates as the lone Austrian competitor, defeating the formidable Dutch favorites in a remarkable display of tactical and gutsy racing.

The 30-year-old with a mathematics degree from Cambridge University broke away about two-thirds through with a trio including Poland’s Anna Plichta and Omer Shapira of Israel, who she would drop and maintain an extraordinary average two- to three-minute gap lead to the finish.

Kiesenhofer’s medal is Austria’s first Games hardware in cycling in 125 years; the last was attained by Austrian fencer-cyclist Adolf Schmal who won three: gold in the discontinued 12-hour race and two bronzes in the time trial and past-event 10 km. It’s also the country’s first gold at a Summer Olympics since 2004, when it won in sailing and triathlon.

Dutchwoman Annemiek van Vleuten won silver in 3:54:00, redeeming in some way a lost medal from five years ago at the 2016 Rio Games. The two-time world road race medalist was leading the event at the 2016 Rio Games when it began to rain with nine miles remaining, and while maneuvering a tight corner downhill slipped and suffered a violent, head-over-heels crash, leaving her with three spinal fractures and a severe concussion.

Since the crash Van Vleuten has compiled some of the best results of her career, winning the world title in 2018. Known for her intense training, the 38-year-old posted less than two weeks ago about training 12 times on an exercise bike inside a sauna at her hotel.

But in Sunday’s race Van Vleuten was involved in yet another – albeit less violent – crash. About midway through the race on a turn that also saw a crash in the men’s race Denmark’s Emma Jorgensen hit a groove in the road with her bike and fell, toppling Van Vleuten who couldn’t avoid the fallen rider. Both were able to get up and untangle their bikes, and Van Vleuten rejoined the lead pack within a mile or two. Jorgensen began riding again but didn’t finish the race.

Despite giving the Netherlands its third straight women’s road race podium finish, Van Vleuten’s result, as well as defending Olympic champion Anna van der Breggen‘s 15th-place finish, are blows to a Dutch nation with high expectations. Per NBC Sports’ Steven Porino, the team said anything but an Olympic gold would be considered a loss. The Netherlands has won the most women’s road race gold medals – four of nine – and the most medals, now with six.

Van der Breggen, who had a slight attack with 36 miles to go, said she would likely retire after the Tokyo Games. The reigning world champion in both the road race and time trial will get another shot in Tuesday’s time trial along with Van Vleuten, the event’s 2017 and 2018 world champion.

Italian Elisa Longo Borghini repeated as the Olympic bronze medalist, finishing in 3:54:14. She also won bronze at the 2020 World Championships.

Coryn Rivera was the top American in seventh, less than two minutes back, her best finish at a major competition. Before Sunday’s race the 2018 U.S. road race champion’s best result had been 10th place at the 2019 World Championships.

Wild card Chloe Dygert of the United States, known for her incredibly high pain threshold, placed 31st in her first road race in nearly two years. The 2015 world junior road race champion suffered a solo crash herself in the time trial at the 2020 World Championships, slicing her leg open to the bone in a gruesome injury she compared to looking like a shark attack. Dygert moved back home to stay with her father in Brownsburg, Indiana. She recovered, was back on the stationary bike by late November and competed in a time trial about a month ago – her only race since the crash before the Games.

Dygert’s also entered in Tuesday’s time trial, as well as in the track team pursuit from Aug. 2–3.

Like Friday’s men’s race fans lined the roads due to relaxed restrictions outside Tokyo, providing atmosphere that’s sorely lacking in other sports. The temperature was 91 degrees Fahrenheit at the start, with a tarmac temperature of 130 degrees at Fuji International Speedway, similar to the men’s race the day before during which it was 120 degrees. Riders kept their core temps down by adding ice to the back and frequently hydrating. 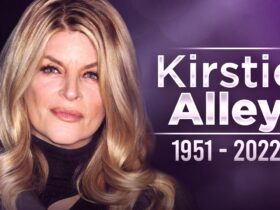