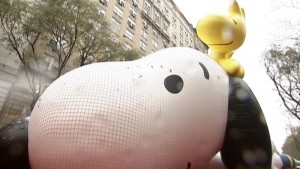 (NBC News) Final preparations are underway less as tens-of-thousands prepare to pack the streets of Manhattan, hoping for a glimpse of the balloons and floats of the Macy’s Thanksgiving Day Parade.

They’ll be joined by an unprecedented number of New York police who will line the parade route to watch everything else.

It’s a show of force in the wake of the terror attacks in Paris, and comes amid concerns the next target could be in the United States.

The stepped-up security will include what police call “Hercules Teams”, heavily armed tactical units ready to move in at the first sign of any threat.