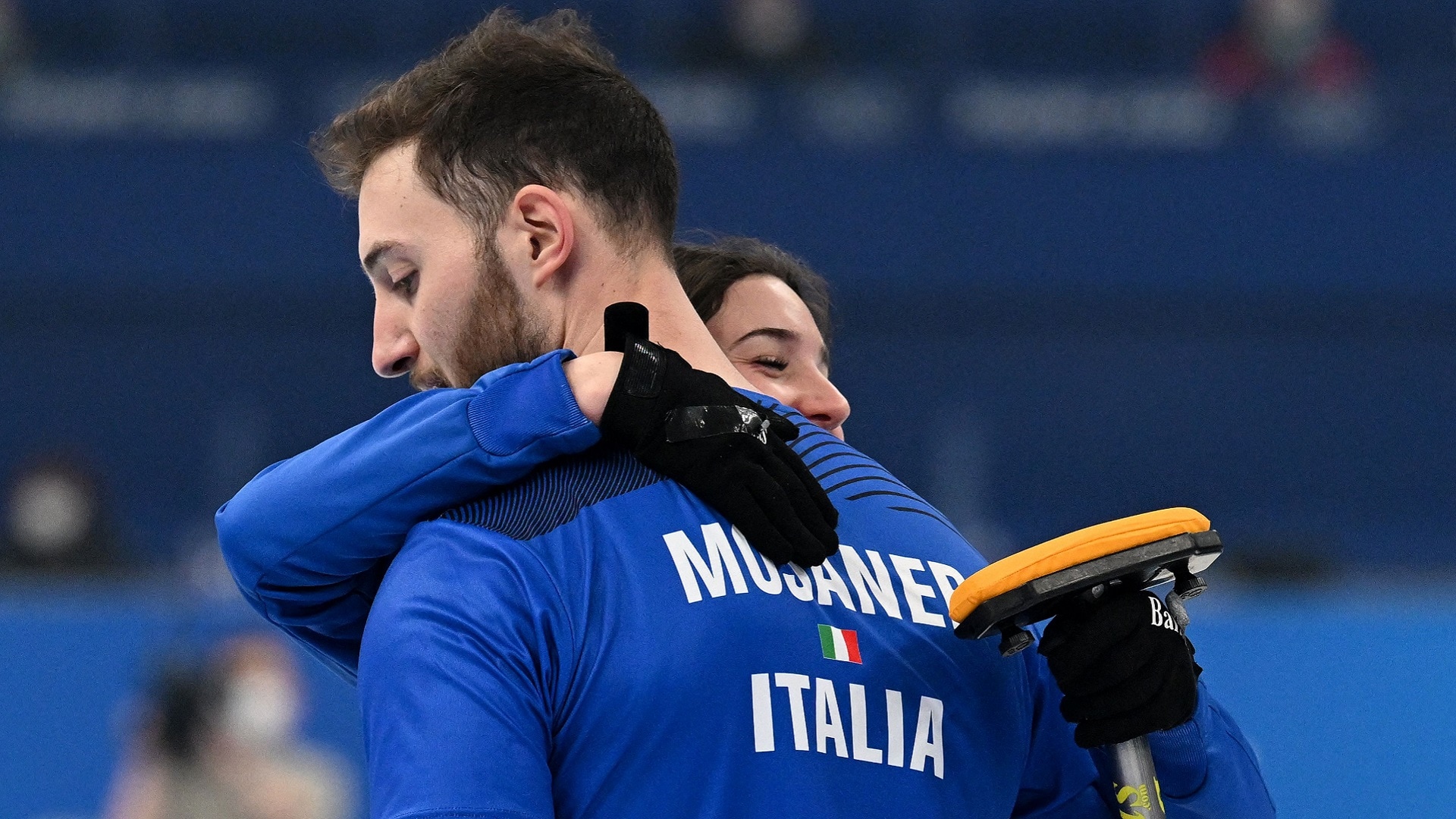 As has been the case for the entire Olympics, Italy utterly dominated on the way to a mixed doubles curling win.

This time, the team on the receiving end of Italy’s dominance was Sweden, whose own mistakes were capitalized upon by the duo of Stefania Constantini and Amos Mosaner. After scoring points in each of the first five ends, Italy defeated Sweden 8-1 in seven ends in the Olympic mixed doubles curling semifinals to advance to the gold medal game.

Italy opened the game with hammer, and took advantage by scoring a single point in the first.

It was all Italy the rest of the first half, as Constantini and Mosaner stole points in three straight ends, taking a commanding 5-0 lead at the midway point.

Sweden had to wait until the last day of round robin play to see if they would be able to move on to the Olympic final four. After going 5-4 in the first round of play, the duo of Almida De Val and Oskar Eriksson reached the semis by virtue of a loss by Canada – Canada lost to Italy – in the final game.

Sweden medaled at the world championships last year, and Eriksson won a mixed doubles world title in 2019 with partner Anna Hasselborg. Eriksson and De Val were ranked No. 3 in the world coming into the Olympics.

After Italy scored in each of the first five ends, Sweden finally got on the board in the sixth, but had to settle for just a single point.

That’s all Sweden would put on the board. Italy came back in the seventh with an easy draw shot to score two and prompt Sweden to concede the final end.

Italy shot with a 90 percent accuracy in the win.

The other mixed doubles curling semifinal was a rematch of the 2021 World Championship.

Great Britain got the best of Norway in that 2021 game, but Norway got their revenge Monday, defeating Team GBR 6-5 to advance to the Olympic gold medal game.

Unlike the other semifinal, this one was much closer, coming down to a 5-5 tie in the eighth end.

With two Great Britain stones sitting in the 4-foot, Norway’s Kristin Skaslien threw a perfect hammer throw, drawing it right onto the button for one point and the win.

Norway took their first lead in the sixth end. GB’s double takeout attempt on their final throw was unsuccessful, and Skaslien threw a draw that drifted into the 4-foot for three points and a 5-4 lead.

Norway’s duo of Skaslien and Magnus Nedregotten, the No. 3 ranked team in the world, will play for a mixed doubles curling Olympic gold medal for the first time.

Italy will now take on Norway for the Olympic gold medal.

In the bronze medal game, defending world champions Great Britain will take on Sweden. Neither country medaled in mixed doubles curling in 2018, the first time the discipline had been competed in the Olympics.

Great Britain defeated Sweden 9-5 in the first game of the Olympics last week.