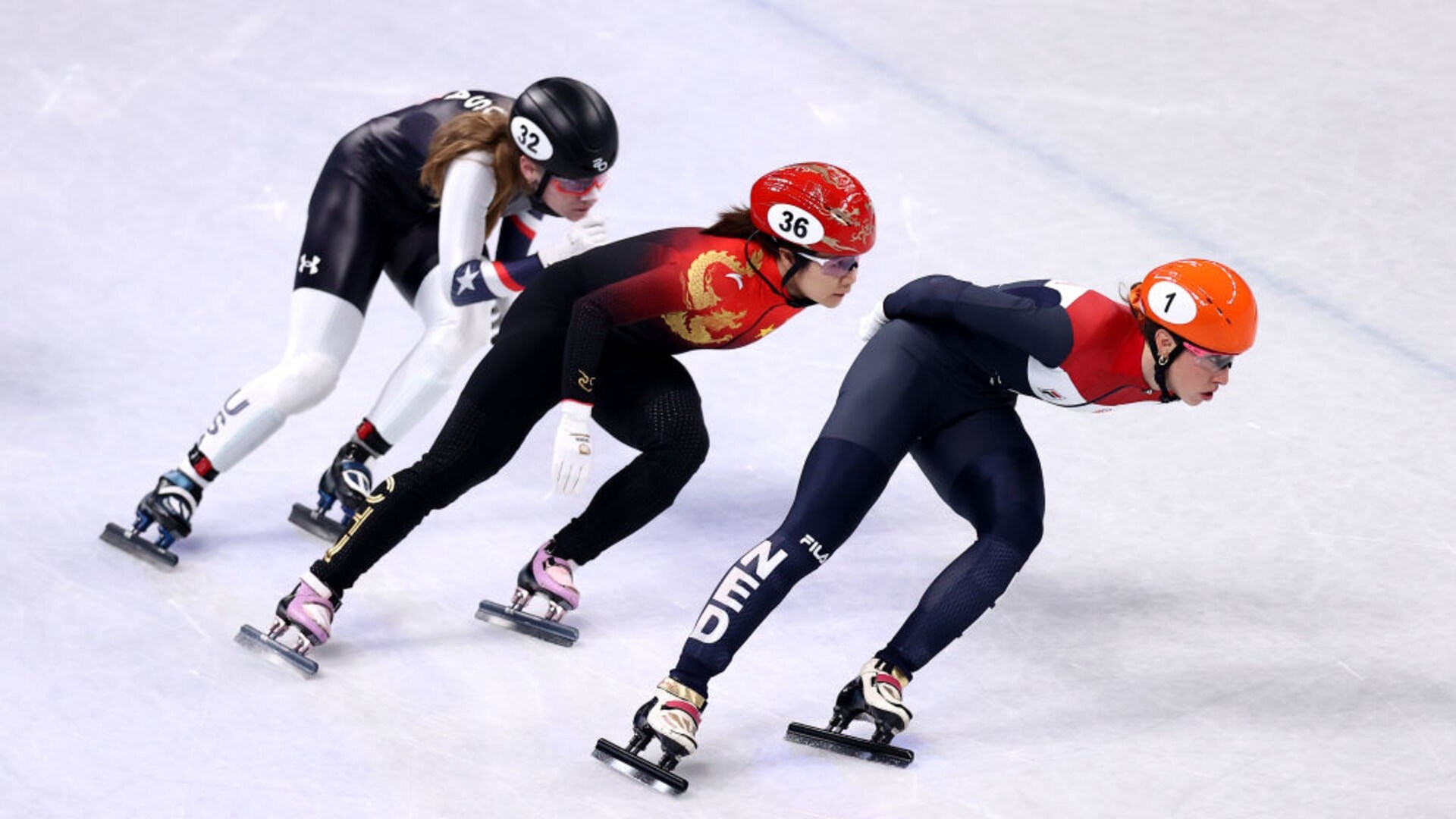 The field in the women’s 1000m short track discipline shrunk from 32 skaters to 20 after Tuesday’s heats, and three Americans made it through to the quarterfinals.

U.S. skater Kristen Santos won her individual race to advance. She entered the Winter Olympics with momentum in the 1000m, having placed second in the World Cup standings.

Maame Biney also came in first during her heat after Canada’s Kim Boutin wiped out on the final lap. Boutin was the defending silver medalist and leader before her fall, which was not caused by any contact.

Biney was in last place until the final stretch and won after a photo finish.

Defending Olympic gold medalist Suzanne Schulting from the Netherlands put together the fastest skate of the heats with a time of 1:27.34, which set an Olympic record. Stoddard was a close third in the race behind Schulting and Han Yutong of China. The Dutch skater’s record pace helped the American advance.

Fontana earned the gold medal and Schulting the silver in the women’s 500m event on Monday. Boutin was the bronze medalist.

The quarterfinals, semifinals and final of the women’s 1000m competition will take place on Friday starting at 6 a.m. ET.