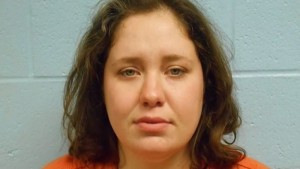 Okla. — (NBC News) The attorney for the suspect in Saturday’s deadly Oklahoma State homecoming parade crash believes his client may not have been under the influence of intoxicants, but instead has a mental or physical illness.

Attorney Tony Coleman says he was “not satisfied” with the mental state of his client, and alluded that Chambers may have been diagnosed with diabetes but was not receiving treatment.

“During the entire interview, I was not satisfied at all that I was communicating with a competent individual,” Coleman said after meeting with Chambers. “I am not a psychiatrist nor am I a psychologist. However, I have represented and am currently representing several with mental illnesses, and in my opinion, Ms. Chambers suffers from a mental illness.”

He also says there is a period of time where his client may have “blacked out.”

Authorities are waiting for blood test results to see if Chambers was under the influence of alcohol or drugs.