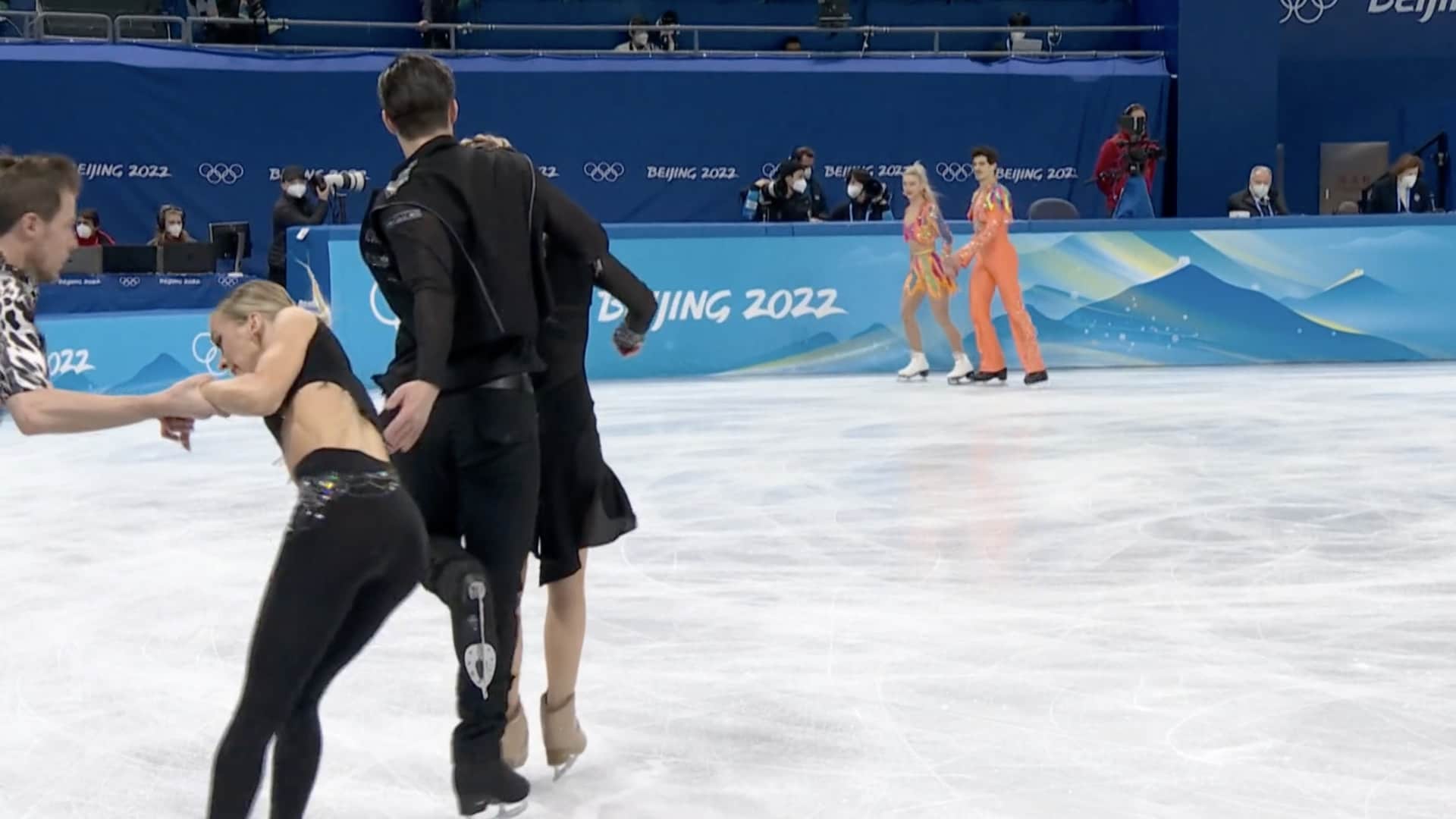 Six-minute warmups tend to be a figure skater’s best friend, but on rare occasions they can turn into their worst enemy.

Two of the world’s top ice dance teams – Americans Madison Hubbell and Zachary Donohue and Russians Viktoria Sinitsina and Nikita Katsalapov – were able to narrowly avoid disaster during theirs Friday morning at the 2022 Winter Olympics.

Skaters are separated by groups in competition – typically of five or six individuals/pairs – and every skater in that group warms up on the ice together just before the first individual/team in the group competes.

Six-minute warmups provide skaters the chance to practice jumps, lifts or other elements close to their competition time, but it’s impossible to know what direction every athlete on the ice is about to take and sometimes accidents occur.

Japan’s Yuzuru Hanyu – now a two-time Olympic gold medalist – had a collision with China’s Yan Han at a 2014 Grand Prix event that left him bleeding and with a bandage wrapped around his head during his free skate. Hanyu suffered bruises to his head, chin and thigh, sprained an ankle, and received stitches on his chin.

American Mariah Bell and training partner Eunsoo Lim of Korea had an encounter at the 2019 World Figure Skating Championships that left Lim with a cut on her calf and caused an international incident.

During the Olympic team event this week, Donohue appeared to put his hand on Sinitsina’s backside as the two teams – who ended the rhythm dance in first (U.S.) and second (ROC) – approached each other’s course, with Hubbell/Donohue skating forward and Sinitsina unable to see as she skated backward with partner Katsalapov facing the Americans.

2006 Olympic ice dance silver medalist and NBC commentator Tanith White said she “just got a chill” from the look on Katsalapov’s face following the near-collision.

“That also felt like a touch of fruity language in English from Nikita,” two-time Olympian Johnny Weir added during the slowed replay.

“Obviously concerned for his partner there, but it’s really no one’s fault, everyone’s trying to get those elements in, get those nerves out and it’s hard to predict where each team is heading,” White said. “But that can shake you on the warmup, so we’re glad that everyone’s okay first and foremost.”

“It does happen,” said Terry Gannon.

“It does, it absolutely does,” White said.

“But you can’t ever show fear out there on an ice dance warmup, it’s all about dominance,” Weir concluded.