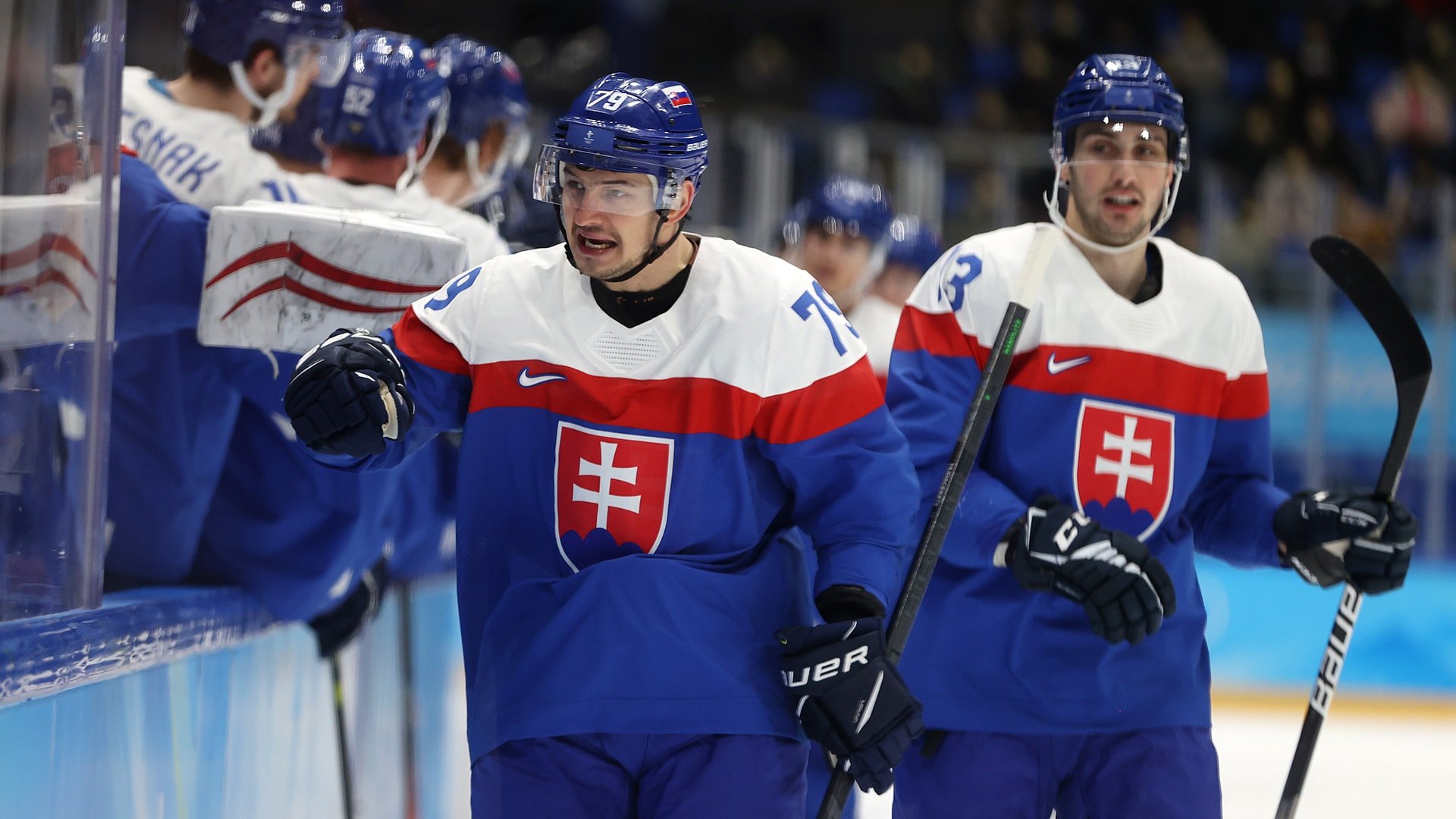 The U.S. men’s hockey team advanced directly to the quarterfinals after finishing the preliminary stage with a perfect 3-0 record. And after the playoff qualifiers, the Americans now know they’ll be facing against Slovakia in their first game of the elimination round.

Slovakia beat Germany in their playoff qualifier early Tuesday morning by a score of 4-0. Libor Hudacek, Peter Cehlarik, Michal Kristof and Marek Hrivik each netted markers in the victory.

The Slovakians started group play losing both of their first two games, but finished the prelims strong with a 5-2 win over Latvia.

Seventeen-year-old sensation Juraj Slafkovsky has stolen the show for the Slovakians at the Olympics. He’s the youngest player competing in the men’s hockey tournament, yet he’s leads all players in goals. The 6-foot-4, 220-pounder is likely to be selected early in the first round of the upcoming 2022 NHL Entry Draft.

The U.S. has some intriguing youngsters on its roster as well. Five of its players are just 19 years old, including forwards Matty Beniers and Brendan Brisson, who are two of the more highly-touted forward prospects in hockey. Beniers was selected by the Seattle Kraken No. 2 overall in the 2021 NHL Entry Draft while Brisson was taken 29th overall the year prior.

Puck drop for the Americans’ quarterfinal tilt against Slovakia is set for 11:10 p.m. ET Tuesday night.