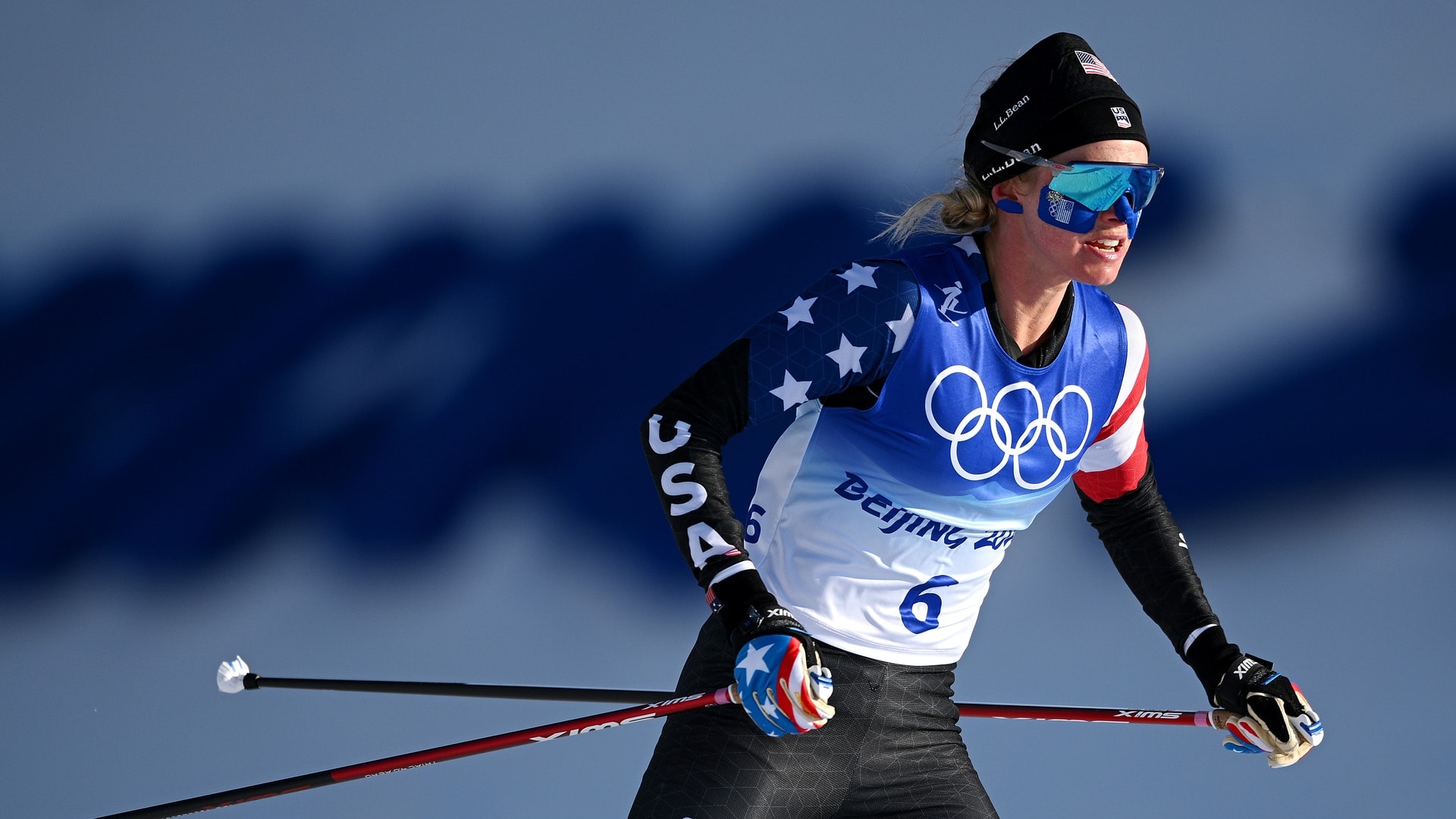 Jessie Diggins’ claim to fame was winning the first U.S. Olympic cross-country gold medal in the women’s team sprint with now retired Kikkan Randall. After placing sixth in the women’s skiathlon in the 2022 Winter Games, Diggins is back on the course looking to clinch her first individual gold in the women’s individual sprint free. If she finishes in the top three, it will be the first time the United States wins a medal in this event at the Winter Games. As an athlete who capitalizes on the second half of the race, she is a great finisher. Diggins understands that if she goes out too hard in the beginning of the race, she will end up getting hunted later on. Pacing herself and conserving energy aids in her ability to make comebacks and win races

To get to the top of the pack, she will have to go through some steep competition, Maja Dahlqvist of Sweden and Slovenia’s Anamarija Lampic are among those athletes. Dahlqvist is the 2021/2022 World Cup champion in the women’s sprint and will make her Olympic debut in this event. The 2022 Games will be Lampic’s second time on the Olympic stage. She ranks right behind Dahlqvist and is the World Cup runner-up for the women’s sprint. In preparation for the race, Lampic posted to her Instagram page showing her mid glide testing out the course for the women’s sprint event.

On the men’s side, Norway’s Johannes Hoesflot Klaebo will look for redemption after his surprising 40th place finish in the men’s skiathlon. The veteran skier plays to his advantage as a dynamic, endurance athlete that utilizes a versatile skiing style. Winning three gold medals during the 2018 Games at 21 years old, the Oslo native is a fan favorite to win a medal in this event.

Giving Klaebo a run for first place will be Richard Jouve of France. Jouve is right on Klaebo’s tail and is ranked second in the World Cup standings for the 2021/2022 season. Finishing with an Olympic bronze medal in the men’s team sprint free in PyeongChang, the French skier is joined by Norway’s Erik Valnes to chase Klaebo for gold. The men’s individual sprint free final starts on Feb. 8 at 7 a.m. ET and the women’s final starts just before at 6:47 a.m. ET.