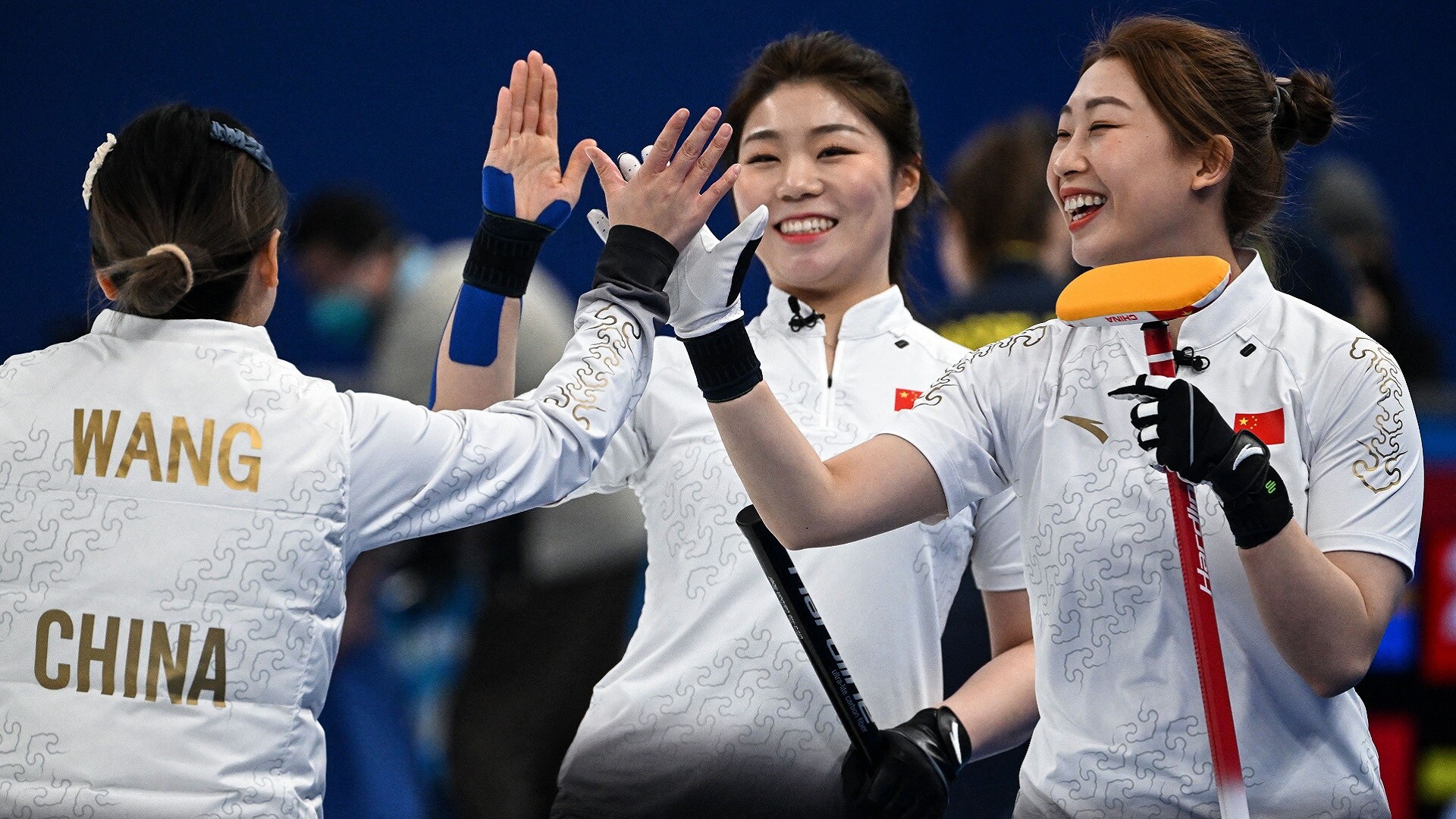 China was one of two women’s curling teams still looking for a first win in the 2022 Games, while Sweden was one of the favorite coming into the tournament.

China took a 3-0 lead in the second after Sweden chose to play a guard with their final stone while the Chinese were sitting two in the house. China’s Han Yu’s hammer throw got by the guard with ease and took out Sweden’s inside stone.

After playing catch-up for four ends, Sweden finally drew even in the seventh. After scoring two in the sixth, Anna Hasselborg’s team stole two more when China’s hammer draw shot went through the house.

The two teams were tied at 6-6 going into the eighth.

China scored two more in the eighth and stole another in the ninth. Sweden tried to play for the tie in the final end, but realized they didn’t have enough stones left late, forcing a concession to give Han’s team the win.

Saturday’s game between Denmark and Switzerland was a classic curling contest that simply came down to who had hammer in the tenth.

On Saturday, it was Switzerland. After making a comeback in the final three ends, Swiss skip Alina Paetz picked up an easy takeout for two in the tenth for an 8-5 win over Denmark.

Switzerland is the last unbeaten team in the women’s tournament, improving to 4-0.

Down 2-1, Denmark purposefully blanked the fifth end in hopes of scoring multiple points. Instead, mistakes added up and Madeleine Dupont’s hammer throw never made it to the house, allowing Switzerland to steal another point to go up by two with four ends to play.

Dupont’s team got the three they needed in the seventh after a draw shot landed on the button and a measurement showed Denmark’s third stone was inches closer than Switzerland’s. Denmark jumped ahead in the end, 4-3.

Switzerland answered right back with three of their own in the eighth as the teams continued to go back-and-forth with the lead.

Denmark got one back in the ninth to draw within one, but couldn’t hold off the Swiss in the tenth.

Denmark (1-3) will play again during Session 6 at 1:05 a.m. ET when they’ll take on Great Britain. Switzerland will play Canada at the same time.

A close game early turned into a 5-point win for Japan in a 10-5 victory Saturday over the team from the Russian Olympic Committee.

ROC led 2-1, and stole a pair in the fourth when Japan’s final throw hit its own guard to give the Russian team a 3-point lead.

Japan tied the score in the seventh after lying two with one throw remaining. Satsuki Fujisawa’s hammer drew right into the 4-foot for three to make it 5-5 heading into the eighth.

Japan added another in the ninth, and ROC’s triple takeout attempt missed all three Japanese stones in the tenth to hand Fujisawa’s team the win.