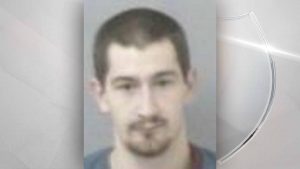 According to the Oregon Department of Corrections, 23-year-old inmate Kenneth Allen was complaining to Two River Correction Institution staff members when he suddenly became “unresponsive.”

Allen entered state custody in January, 2016 on three counts of theft and one count of possession of heroin out of Jackson County.

The young man had only three months left on his sentence. He was expected to be released on December 22, 2017.

The DOC provided no further details about the incident.

Allen is the fifth inmate to die “unexpectedly” at the prison this year, according to the DOC.

Another six inmates have died at other Oregon state prisons since January.