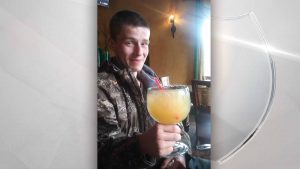 WILDERVILLE, Ore. – A suspect wanted in connection with a shooting and stabbing in Wilderville was arrested.

Police believe Kyle Handing is the person behind the incident that happened on Highway 199 at Fish Hatchery Road on the night of September 30th. Two people were injured in the assault.

On October 23, OSP said Handing was recently taken into custody in Indiana.