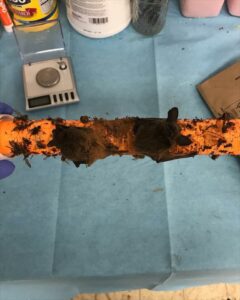 GRANTS PASS, Ore. – A nonprofit in Grants Pass is warning people about the damage sticky traps can do to wildlife, after two bats got stuck to one. The clinic team at Wildlife Images says they spent over an hour trying to save the bats, but only one survived.

One of the bats had been stuck for too long and was dehydrated. “I would prefer that people don’t use them at all, but I understand that everyone does have to have their own methods of insect control.  So monitoring them, having them inside is always better than keeping them outside,” said Ali Alvezedo with Wildlife Images.

If insects are what you’re trying to get rid of with the traps, she recommends a bat box instead.