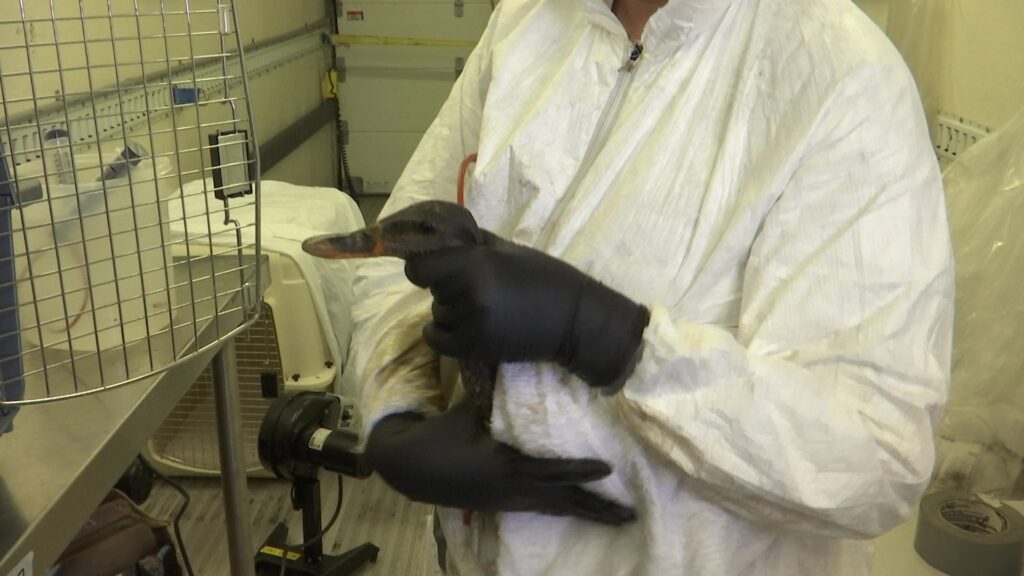 CENTRAL POINT, Ore. –International Bird Rescue set up operations in Central Point this weekend to help wildlife who live in Bear Creek after the Pacific Pride Fire, which released hazardous fuel into the creek.

The organization arrived Friday morning to help save wildlife from the oil that spilled into the creek.

Veterinarian Rebecca Duerr told NBC5 News they have been finding mostly mallard ducks and Canadian geese. She said there have been reports of other animals affected, but they’ve yet to be captured.

Duerr said, “So one problem that we have seen during this event is that several animals have been washed by the public, and unfortunately that is almost always a death sentence for the animal.”

International Bird Rescue wants people to know if you see an animal that has been affected by the spill to not try and treat it yourself. Call 707-689-3944 with a description of the animal’s location.