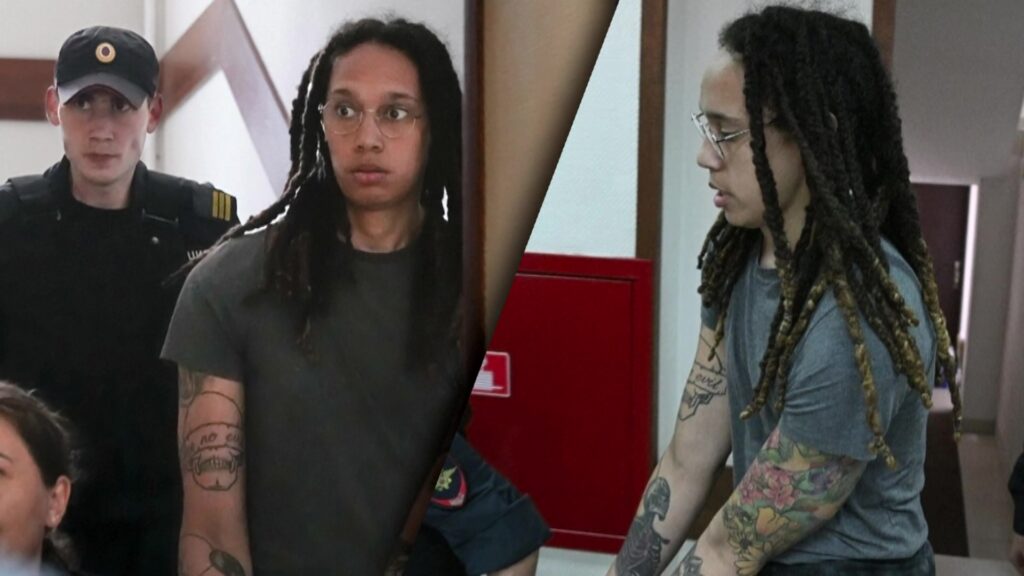 MOSCOW, Russia (NBC) – American basketball star Brittney Griner pleaded guilty to drug charges in a Moscow court Thursday, her lawyers said, leaving her facing the prospect of jail time as her family and friends step up their calls for the US government to do more to free her.

Griner was detained in February at Moscow’s Sheremetyevo Airport after vape canisters with cannabis oil allegedly were found in her luggage.

The 31-year old faces up to 10 years in prison if convicted of large-scale transportation of drugs.

The trial of the Phoenix Mercury star and two-time Olympic gold medalist began last week but the second session was adjourned because two scheduled witnesses did not appear.

Such delays are not uncommon in Russian courts and her detention has been authorized through December 20, suggesting the proceedings could last months.

Although Griner’s supporters initially kept a low profile, calls for the United States to take action spiked after the trial’s first day.

The US State Department has designated her as wrongfully detained, moving her case under the supervision of its special Presidential Envoy for Hostage Affairs, effectively the government’s chief hostage negotiator.

However, Washington hasn’t made public its strategy in the case and the US may have little leverage with Moscow because of strong animosity due to Russia’s military actions in Ukraine.

The White House said President Biden called Griner’s wife on Wednesday to assure her that he’s doing all he can to obtain the athlete’s release, as soon as possible.

They spoke after Biden read a letter from Griner in which she said she feared she’d never return home.

Russian news media have repeatedly speculated that Griner could be swapped for Russian arms trader Viktor Bout, nicknamed “The Merchant of Death,” who is serving a 25-year sentence in the US on conviction of conspiracy to kill US citizens and providing aid to a terrorist organization.