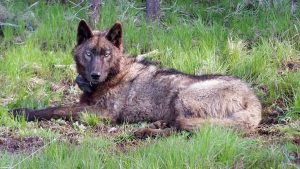 According to Oregon Department of Fish and Wildlife, there are at least 116 known wolves in the state, as of 2016.

An informational meeting was held Tuesday night, to give residents a better understanding of how wolves got here, and the economic and social impacts they have on rural communities.

According to Boyer, wolves in our area are usually seen around Upper Klamath to Crater lake, and from Prospect over to Lake of the Woods.

Wolves are currently protected by the Federal Endangered Species Act and are managed by the US Fish and Wildlife Service.