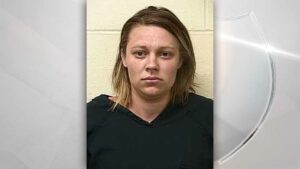 SELMA, Ore. – A man was hospitalized after he was allegedly shot by a woman near Selma.

The Josephine County Sheriff’s Office said on the evening of Monday, June 7, there were reports of shots fired in the 3000 block of Lakeshore Drive near Lake Selmac.

When officers arrived at the scene, they found a man with a gunshot wound to the chest. He was taken to a Medford hospital where he underwent surgery.

Eventually, Ricki Lee Warren was arrested in connection with the shooting. She was charged with assault, unlawful use of a firearm, and felon in possession of a firearm.

No further details are being released about the ongoing investigation.