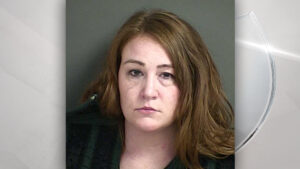 The Douglas County Sheriff’s Office said on the night of October 15, 29-year-old Breanna Marie Adkins of Wilbur was driving an SUV on Highway 99 North.

When she came near the intersection of Deady Crossing Road, she reportedly crossed into the path of a Subaru WRX driven by 33-year-old Carlos Alberto Rivas of Roseburg.

The two vehicles crashed and Rivas was pronounced dead at the scene.

Adkins was hospitalized for non-life threatening injuries before she was taken to the Douglas County Jail for charges of manslaughter, assault, and driving under the influence of intoxicants.