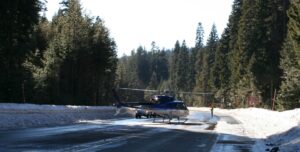 Oregon State Police said at about 2:45 p.m. on February 23, a 64-year-old Klamath Falls woman was driving a Toyota SR5 pickup truck on Highway 140. At about milepost 36, the woman reportedly lost control and collided with a Dodge Caravan that was driving in the opposite lane.

According to OSP, that van was driven by 63-year-old Mary Wolf of Chiloquin. She sustained fatal injuries and pronounced dead.

The driver of the Toyota and two passengers in the van were taken to the hospital. The extent of their injuries was not released.

OSP provided no further information about the crash.