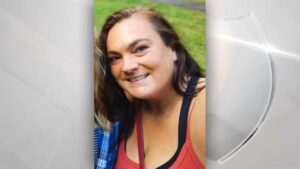 IDLEYLD PARK, Ore. – Police in Douglas County are looking for a Roseburg woman who disappeared Saturday.

The Douglas County Sheriff’s Office said 43-year-old Branda Hoyle was at a family outing near Tokatee. At some point, she walked away from the group and hasn’t been seen since.

According to deputies, they’ve been searching for Hoyle since Saturday.

“As hunters and outdoor enthusiasts are in the area this weekend, be aware that Branda is still missing and report any information that may be helpful to searchers,” said Lt. Brad O’Dell. “Something as simple as a piece of clothing or a cellphone can help solve this case.”

Hoyle is described as 5’7” 200 lbs with brown hair and brown eyes. She was last seen wearing a black tank top, blue jeans and brown “Ugg style” boots. She’s believed to be suffering from a mental health crisis and may be disoriented.

The sheriff’s office added, “With the rains we’ve recently experienced and the colder conditions at night coupled with her lack of preparedness for being out for this period of time make us extremely concerned for her welfare.”