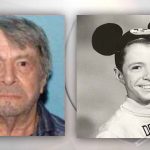 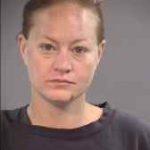 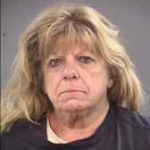 MEDFORD, Ore. – Two women were arrested for allegedly stealing the car of Dennis Day, a local man who was missing for nearly a year before he was found dead.

On July 17, 2018, investigators were told Dennis Day, a former Disney Mouseketeer and actor, went to visit friends and wouldn’t be back for several days. That report came a few days after Day’s husband, Henry “Ernie” Caswell, was taken to the hospital after falling at the couple’s home on Pine Street in Phoenix. Caswell was later taken to a care facility where he has been residing ever since.

Police conducted a number of welfare checks at the couple’s home in order to contact Day, but he wasn’t found.

On July 26, 2018, a man and woman were found in Coos County driving Day’s car. The woman was cited for driving while suspended and Day’s vehicle was impounded. The pair were not arrested.

After investigators learned Day’s car was found, he was officially entered into a national database of missing persons. A subsequent search of Day’s home didn’t turn up any evidence as to where he could be located.

In early August, Phoenix police received a report of a “bad smell” coming from Day’s home. Officers responded and noted “nothing observed or smelled in the area.”

On April 4, 2019, the Phoenix Police Department used a cadaver-detecting dog and found a body at Day’s house. The remains had been on there for quite some time, according to investigators. Further details regarding the discovery were not made available by OSP.

The body was later identified as that of Dennis Day.

In a criminal complaint filed on June 20, 2019, Lori Ann Declusin and another woman, Wanda Diane Garcia, were accused of stealing Day and Caswell’s Ford Escort sometime around July 19, 2018.

Declusin was arrested on June 26, 2019, with Garcia’s arrest occurring the following day.

Charges against Declusin and Garcia are only related to Day’s vehicle. To date, no one has been charged in Day’s disappearance or death. No one has ever been publicly named a suspect.