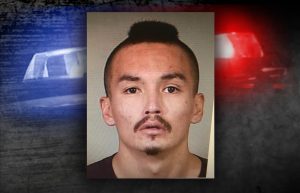 Yreka, Calif. — The Yreka Police Department said there was attempted murder that took place at Nickel’s Trailer Park in the 1200 block of South Main Street around 1:50 Tuesday afternoon.

YPD said 24-year-old Anderson C. Alford is wanted for questioning in the case. He is considered armed and dangerous, and may have a knife. He was last seen running westbound on Bruce Street.

Police describe Alford as a Native American man with a Mohawk. He’s 5’9” tall, 190 pounds with black hair and brown eyes.

Officers said not to contact Alford, but instead call 911 immediately.

YPD said the victim of the attempted murder is in the hospital.