MEDFORD, Ore — The man suspected of shooting an alleged theft suspect in the Applegate Valley Saturday night, made his first court appearance in Jackson County court on Monday.

Jackson County Sheriff’s Office responded to the six-thousand block of Thompson Creek Road around 10:00 p.m. Sheriff’s say the suspect, 64-year-old Douglas Walker of Williams, reported he set up a roadblock on Thompson Creek and shot at a person that allegedly stole items from his property. 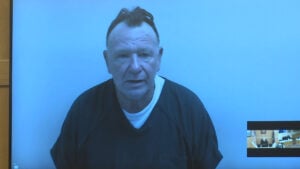 According to detectives, the suspect drove past the individual and shot at them on a public roadway.

Around that same time, JCSO said the victim knocked on a resident’s door and said they had been shot. They were taken to a local hospital and are currently recovering.

During his arraignment Monday, Walker entered a not guilty plea on charges of first-degree assault, unlawful use of a weapon, and second degree attempted murder – so he could speak to an attorney first. 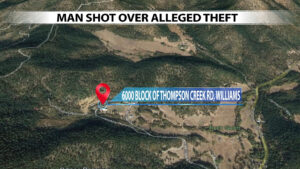 Back in 2019, former Josephine County District Attorney Ryan Mulkins, explained the basics of the law to NBC5, regarding the public’s lethal use of force.

“Under Oregon law, a citizen is allowed to use deadly physical force, to prevent the attempted commission of a burglary in their home.” said Mulkins.

But in this particular case, the sheriff’s office said the shooting incident was not near the reported theft. 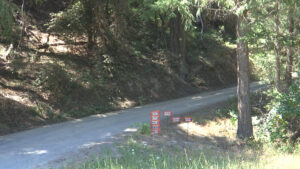 In 2015, current Chief Deputy District Attorney Lisa Turner, shared that circumstances matter in deadly shootings, and every case is different and fact specific.

“Not every time someone is on a property, is deadly use of force going to be allowed,” Turner said. “It’s just going to be a fact specific inquiry each and every time.”

Walker is expected to reappear in court for another hearing in a few weeks. JCSO shared that the Jackson County Grand Jury will review the case, to determine if it will return an indictment against the suspect.