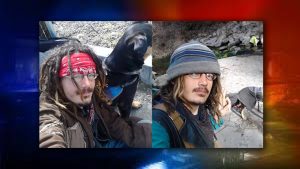 Lake Siskiyou, Calif. – Deputies have identified the remains of a man who was found in Lake Siskiyou on Sunday.

The remains were found floating off the North Shore of Lake Siskiyou. Deputies say that Lucero appears to have been deceased for several days.

Siskiyou County Sherriff Jon Lopey said, “On behalf of the Siskiyou County Sheriff’s Office, I would like to extend our condolences, thoughts, and prayers to Mr. Lucero and his family. I would also like to thank all of the rescuers participating in the extensive search operation conducted to locate Mr. Lucero.”

The case is still under investigation. Anyone with any information about Lucero’s activity prior to April 9, 2016 is urged to call the Sheriff’s Office at 530-840-2900.