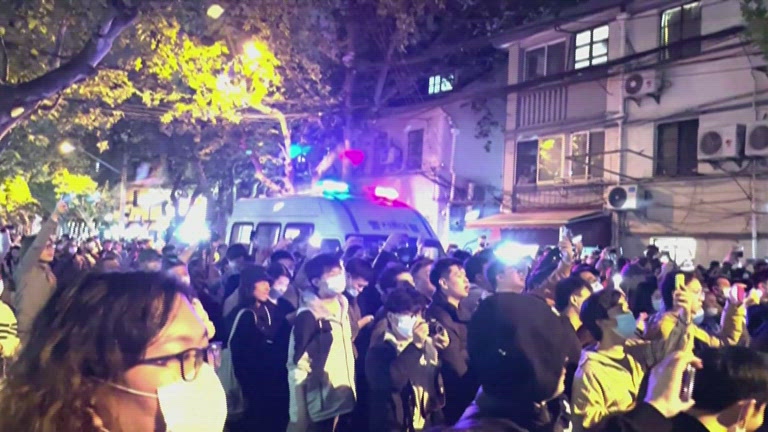 BEIJING, China (NBC) – Police were out in force in major cities across China Tuesday to prevent more protests after unprecedented demonstrations against the country’s “zero-COVID” policy over the weekend that posed a rare direct challenge to the ruling communist party.

China’s health officials promised better COVID rules and gave a first official acknowledgment of protests, albeit it was a very vague one. At the same time, authorities are cracking down.

The streets that had swelled with protests are mostly barricaded and under guard. Police are fanning out and clamping down in several cities and, in some cases, checking cell phones for images and messaging apps that can connect a person to demonstrations.

There’s a lot of talk on social media about people having had to delete photos and chat history.

Throughout the weekend, people demanded freedom from the COVID controls that have brought the cities to standstills.

Health authorities acknowledge there are still challenges, mainly a low vaccination rate. But it’s the quarantines and lockdowns that have frustrated people most and the anger has been building for a while.

The world has been watching with a degree of fascination because protests are rare in China. But there is also some concern that unrest and perpetual lockdowns can affect the global economy

The White House is weighing in, saying, “We’ve long said everyone has the right to peacefully protest.”