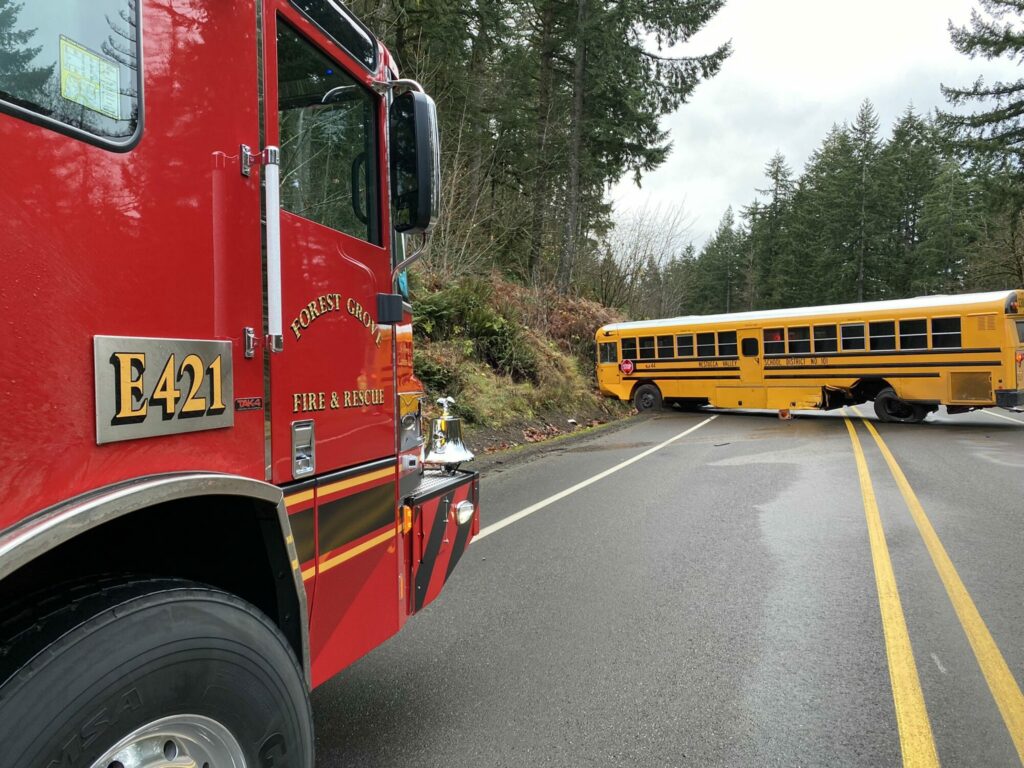 GLENWOOD, Ore. (KGW) — Six people were taken to the hospital after a crash between a vehicle trailer and a school bus Friday morning on Highway 6 (Northwest Wilson River Highway), near Gales Creek Campground, about seven miles west of the town of Glenwood.

The crash blocked the road and closed the highway in both directions for several hours. It is now open again at mile marker 32, seven miles west of Glenwood.

According to the Nestucca School District’s website, a school bus carrying a high school class on a field trip was hit by a vehicle’s trailer that came loose. The district said all students, staff and chaperones safely got off the bus, but some adults and children were taken to the hospital.