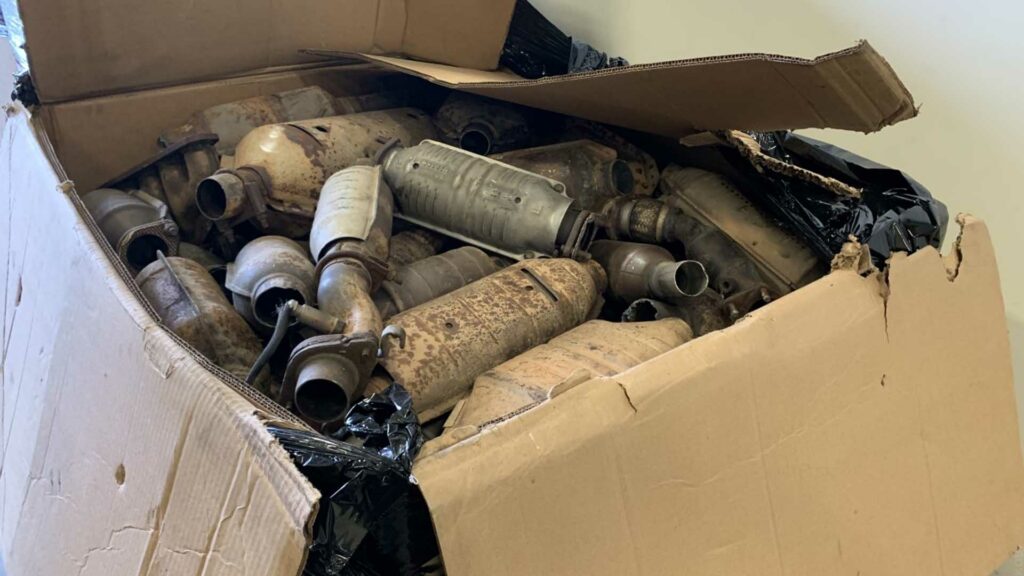 MEDFORD, Ore. – The alleged leader of a catalytic converter theft ring was arrested by Medford police.

Investigators said during a multi-year investigation, police identified 25-year-old Cedrus Jahson King as the leader of an organized crime ring associated with the theft of catalytic converters.

The Medford Police Department said King is believed to have trafficked over 28,000 stolen catalytic converters since late 2021 with an estimated street value of $7 million.

According to MPD, the investigation ended with the search of three locations including a home and warehouse in Medford and a residence in Bend. Over 6,700 pounds of catalytic converters were seized along with thousands of dollars in cash, jewelry, and associated vehicles.

King was arrested on numerous charges, including racketeering and theft.

“Catalytic converters are being stolen at increasingly higher rates due to their valuable metals, such as rhodium, platinum and palladium,” MPD said. “Recent disruptions in supply chains have made them more difficult to source and, in turn, more prone to theft. Vehicle owners can install an anti-theft device over the catalytic converter to prevent it from being stolen or etch a license plate number or VIN onto the part to deter thieves.”