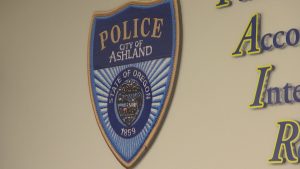 ASHLAND, Ore. — Conversations about use of force have sparked across the country after the George Floyd incident with some police departments making changes to their policies.

That’s the case in Ashland.

Chief Tighe O’Meara says he met with city councilors Monday night and made two small but important changes to their policy.

He says two lines were edited and the word ‘should’ was changed to ‘shall.’

“We don’t want there to be any ambiguity that an officer has discretion on reporting observed excessive use of force and the manner in which we document legitimate uses of force,” said Chief O’Meara.

He says ‘should’ is a suggestion, ‘shall’ is a mandate.

He says the changes were necessary in light of the national and local conversations about police encounters with members of the community.