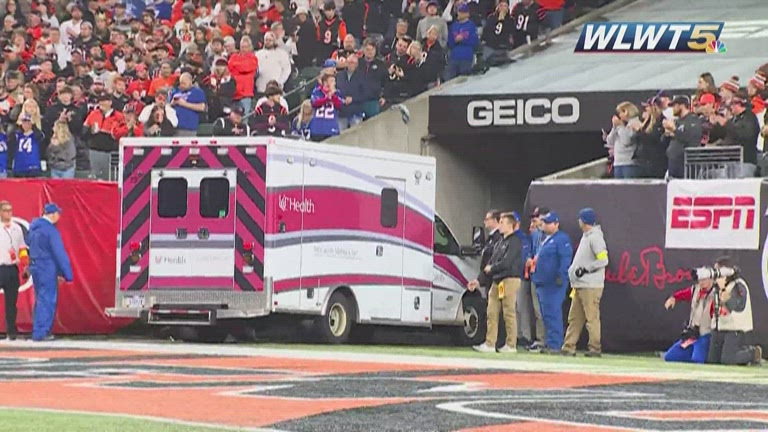 CINCINNATI, Ohio (NBC) – There continues to be an outpouring of support from fans after Buffalo Bills player Damar Hamlin collapsed on the field during the game against the Cincinnati Bengals Monday night.

Fans of both teams gathered outside U.C. Medical Center throughout the night, coming together to pray for Hamlin and hope for an update on his condition.

Officials said he suffered a cardiac arrest after the hit on Tee Higgins.

Crews were able to restore his heartbeat on the field but he is currently sedated and listed in critical condition.

One common theme heard throughout the night is this was a scary situation for everyone involved.

Bengals fan Rick Epps said, “Having a son that plays football, you know, seeing things like that happen, you know, you think about the game of football and how they try to make it safe. But you know realistic anything can happen at any given time depending on where you’re hit at. But I hate that that happened to him and I hope that he’s okay.”