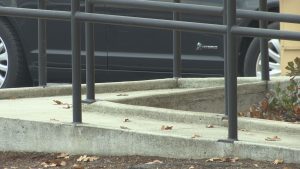 MEDFORD, Ore. – The City of Medford responded this week to a $100,000  lawsuit filed against the city over alleged violations of disability access.

According to court documents, Medford resident Jerry Smith filed the lawsuit against the city in June. He suffers from neurological disorders and uses a wheelchair to get around. Smith says he is unable to use several sidewalks and access points, because they are not compliant to the Americans with Disabilities Act.

This week the city filed a response denying the allegations. For the last year the city says it has worked to remedy several problem areas.