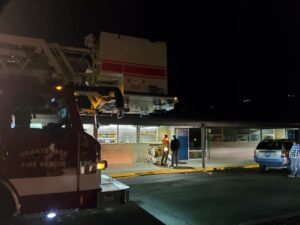 According to GPDPS it happened Friday, when a “vehicle failed to negotiate a parking lot.”

Images shared by law enforcement show a large hole in the wall of the building. Police say the driver was not hurt, but that there was a water leak that resulted in a classroom flooding.

GPDPS says firefighters stayed on scene to find the leak and remove the water. 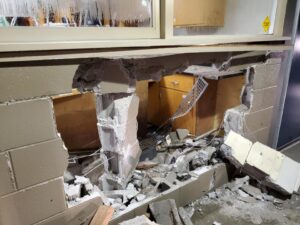