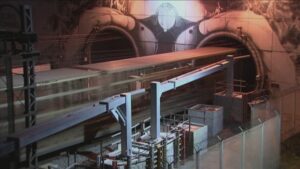 COQUELLES, France (NBC) – Moments after Britain completed its divorce with the European Union, the first trucks hauling goods across the new customs border presented their clearance documents to French agents before loading onto a train to pass through the Eurotunnel Friday.

Cast as the dawn of a newly independent “global Britain,” its exit from the world’s biggest trading block means the return of customs formalities on the island nation’s frontier with Europe for the first time in several decades.

Freight flows through the Eurotunnel’s Calais terminal were extremely light in the early hours of the new year.

British and European businesses have warned of carnage at the border as they learn to navigate a wall of red tape and paperwork that threatens to disrupt the smooth flow of nearly $1 trillion in annual trade.