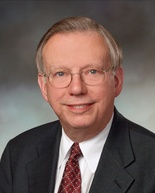 Portland, Ore.- Former Oregon Attorney General Hardy Myers passed away Tuesday at the age of 77. According to his family, he died of complications relating to pneumonia.

Myers served in the Oregon House of Representatives for five terms, holding the reins as speaker from 1979 to 1982. He was later elected attorney general in 1996 and served 12 years before retiring at the age of 69.

“Oregon lost a true statesman today. Hardy Myers dedicated most of his adult life to serving the people of Oregon as a legislator and Attorney General. A man of unquestionable integrity and commitment to the rule of the law, he championed the state’s defense of our Death with Dignity law before the U.S. Supreme Court and prevailed. His early leadership in the state’s litigation against Big Tobacco yielded millions in annual payments to Oregon in perpetuity.

Hardy also advocated strongly and successfully to improve Oregon’s domestic and sexual violence laws, and became a national leader on school safety policy in the aftermath of the Thurston High School shooting. As Oregon’s longest serving Attorney General, his legal acumen was greatly respected by lawmakers, and he was beloved by many who worked for him. Brilliant, thoughtful, and infinitely kind, I will miss my dear friend Hardy. My sincere condolences to his wife, Mary Ann, and their children and grandchildren.”