JACKSON COUNTY, Ore — A new support dog is joining law enforcement agencies in Jackson county, to help first responders cope with the stress of the job. 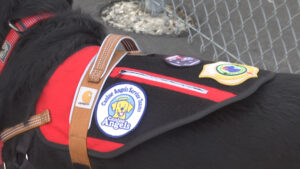 The non-profit works across five counties in southern Oregon. They assist police and fire personnel during stressful and traumatic calls.

Taz was assigned and introduced as the service animal for Jackson county this week. According to the organization, the program is a first for the county. 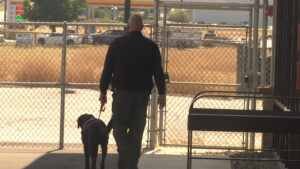 “[Taz] can feel their feelings in the way of being able to know that they’ve been through something stressful,” Chaplain Frazier, handler of Taz, told NBC5. “He just kind of just nuzzles up next to them and they give him some loves.”

The duo will visit stations every week, along with assisting dispatch on certain calls. Frazier noted that the service is much needed in Jackson county, and they will be available for as long as they can. 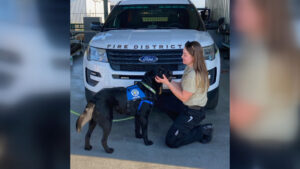 “It’s very important for first responders because their jobs now are more stressful than its ever been – in law enforcement and the fire community,” Frazier said. “[Taz] will be with me until he completely retires and then he’ll live with me as a family dog.”

SOPSC is not funded by the county. Anyone wishing to donate can visit: GiveSendGo