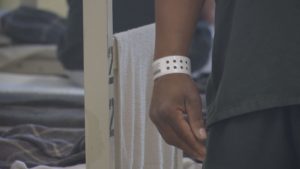 Last month, Oregon State Police stopped two men in Jackson County who it says were found with nearly 20 pounds of meth in their car.

After being arraigned, the sheriff’s office says ICE placed a civil detainer on the men.

But the sheriff’s office says, by law, it’s unable to honor these kinds of detainers. That’s been the case for last 5 years.

The sheriff’s office says it does, however, hold people if ICE has a criminal warrant for inmates.

In the end, the sheriff’s office says they didn’t have enough space to hold the two men.

The sheriff’s office says a lack of jail space is a problem that’s been made even worse by COVID-19 concerns, leading the agency to make tough decisions and release more inmates than usual.