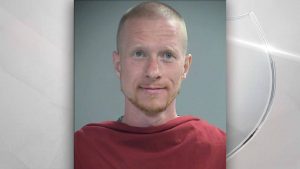 ASHLAND, Ore. – A man who was arrested last month for allegedly trying to have sex with a minor is now facing another charge.

The Ashland Police Department said officers were told 32-year-old Benjamin Harvey reached out to a minor in the city and offered money in exchange for sex.

Harvey was arrested on June 30, 2020, on charges of luring a minor and purchasing sex from a minor.

“APD wants to hear from any other community members that have been contacted by Harvey with similar illegal requests or any other concerns,” Ashland police said.

Court records show Harvey was released from custody on July 13 and he is no longer on the Jackson County Jail’s online roster.