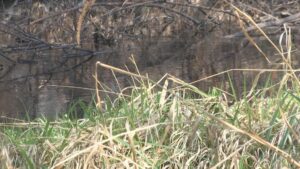 But the work is far from over.

However, the water quality is dangerous and does pose a risk.

Non-profit Freshwater Trust is one of several groups involved in the restoration effort.

It says the water quality is being tested by the Rogue Valley Council of Governments.

“Aluminum levels are elevated from what I’ve seen of water quality samples that I’ve been aware of, that’s the main pollutant that we are seeing at this point, ” says Eugene Wier, with Freshwater Trust.

Studies have previously shown the water quality in Bear Creek was poor, even before the Almeda Fire.

It says that if the creek gets more than half an inch of rain, they make it a point to check on it.